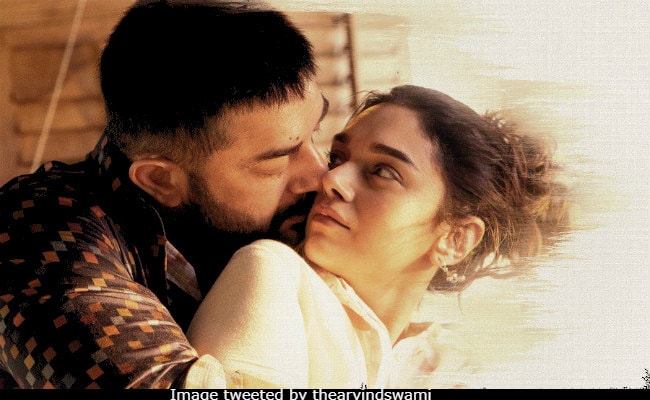 Mani Ratnam's new Tamil film Chekka Chivantha Vaanam released in theatres across Chennai in the early hours of Thursday - something that usually happens only with megastar Rajinikanth's new films. Rajinikanth's last release Kaala was welcomed in theatres across Chennai at the crack of dawn with fans celebrating the return of Thalaivar on screen. However, while theatres were packed for the first day first show, the film recorded the lowest ever opening for a Rajinikanth film. Rajinikanth's 2016 film Kabali also received a similar welcome in Chennai when it released in July with fans pouring milk over huge cute-outs of the superstar. Chekka Chivantha Vaanam, which is also co-written by Mani Ratnam, is distributed by Lyca Productions, which is in charge of Rajinikanth's upcoming film 2.0.

With Chekka Chivantha Vaanam, Mani Ratnam is releasing a gangster film after years. Oscar-winning musician A R Rahman, who is in charge of the film's compositions, said that with Chekka Chivantha Vaanam, the director has gone back to his Nayakan days. For the uninitiated, Nayakan was an iconic film, in which Kamal Hassan played a Mumbai don who constantly battled the dilemma of whether he is doing right or wrong.

The cast of Chekka Chivantha Vaanam comprises actors such as Arvind Swami, Silambarasan, Jyothika, Aditi Rao Hydari and Dayana Erappa, who is making her acting debut with the movie. Speaking to news agency IANS in a previous interview, the Dayana shared her experience of working with the National Award-winning filmmaker and said: "Considering he is one of the ace directors and I am a newcomer, with every move he makes on the set, there is something new to learn. There is something different about his craft, the way he conducts himself on a movie set, the way he treats each and every individual on the set." Meanwhile, Aditi Rao Hydari, who has worked with the veteran director before, also told IANS she always wanted to be a "Mani Ratnam heroine."