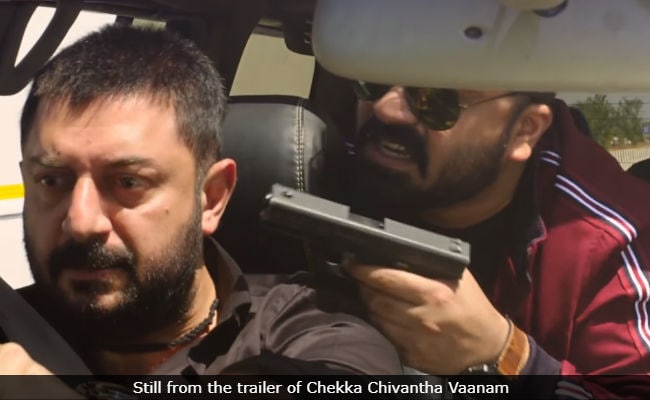 Trust Mani Ratnam to bring out a thrilling story for his audience which will keep you at the edge of your seats. The trailer of his latest Tamil film Chekka Chivantha Vaanam (dubbed as Nawab in Telugu) released on Saturday and it swept the Internet off in just two-and-a-half minutes. Chekka Chivantha Vaanam (CCV) is the story of three brothers hoping to take over their fatherSenapathi, played by Prakash Raj. But do they understand what it means to sit in Senapathi's chair? Divided by their lust for power and united by their family values, the three brothers struggle to prove themselves as worthy successors to their father's empire. But they have enemies within the boundaries of their home and on the outside too.

Dramatic dialogues and cutting-edge action sequences add to the trailer's strength. The misunderstandings and the effect it has on this family is intense.

Chekka Chivantha Vaanam went on floors in February and it is expected to release in September. Extensive parts of the film have been shot in Serbia.