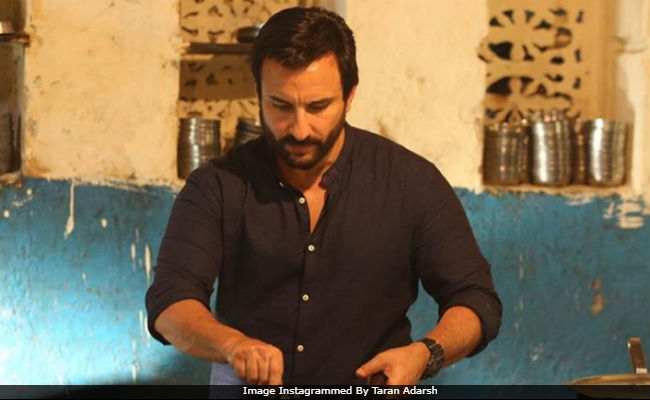 new delhi: Chef, Saif Ali Khan's second release of the year after Rangoon, has collected Rs 4 crore so far, reports trade analyst Taran Adarsh and described the film as a 'disaster.' The film released last Friday and got a low start. Over the weekend, Chef earned Rs 2.95 crore. "Chef is a huge box office disaster and the way it is going it is not even going to get the numbers of films like Mirzya and Rock On 2," Box Office India reported. The film stars Saif as a divorced chef Roshan Kalra. "#Chef is a DISASTER... Fri 1.05 cr, Sat 1.35 cr, Sun 1.60 cr. Total: 4 cr. India biz," tweeted Mr Adarsh. Box Office India predicts that Chef's overall collection would only be over Rs 5-6 crore.

In his review for NDTV, film critic Raja Sen gave Saif's film 2 stars out of 5. "Chef is flavourless and forgettable. It holds no secret sauce of its own, but perhaps we shouldn't be that surprised. There is only that much you can do with a reheated film. Khan isn't bad in the film, and, while watching him in his kitchen whites yelling furiously at his staff appears too unrealistic - it all looks very Marco Pierre White-Privilege - the actor has learnt how to handle a knife," he wrote. Chef is a remake of Jon Favreau's 2014 film of the same name.

Promoted
Listen to the latest songs, only on JioSaavn.com
Chef's box office collection seemed to have been hit majorly by Varun Dhawan's Judwaa 2, which released two weeks ago and currently stands at Rs 116.18 crore.