Catching Up With Mom-To-Be Kareena Kapoor And Karan Johar Kareena Kapoor, who is expecting her second child with husband and actor Saif Ali Khan, was one of the guests to attend Yash and Roohi Johar's fourth birthday party, which was hosted by their father Karan Johar in Mumbai on Sunday. Both Kareena and KJo posted pictures from the twins' birthday party. Other than Kareena Kapoor, Gauri Khan and son AbRam, Neha Dhupia and Angad Bedi with daughter Mehr, Rani Mukerji, Ekta Kapoor and Tusshar Kapoor with son Laksshya Kapoor attended the bash. Karan Johar welcomed Yash and Roohi via surrogacy in 2017. Sharing the picture with Kareena Kapoor on his Instagram story, KJo wrote: "Pop! And ready to pop!" 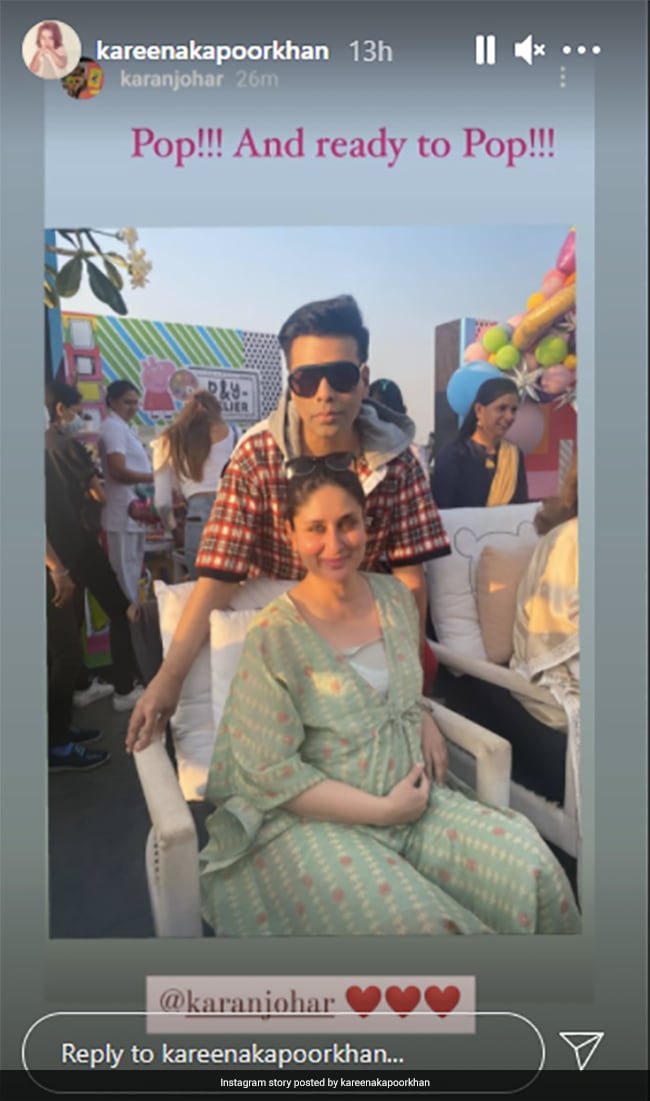 Karan Johar wished Yash and Roohi by sharing a video for them and he wrote: "A birthday toodles is a must! The fashion critics are back to roast me! Happy birthday to the loves of my life."

Kareena worked with KJo in 2001's super hit Kabhi Khushi Kabhie Gham. The dynamics of Karan Johar and Kareena's relationship changed over the actress' asking price for the film Kal Ho Naa Ho, which was produced by Karan Johar's Dharma Productions. In his autobiography An Unsuitable Boy, KJo revealed, "Kareena and I didn't speak to each other for almost a year. For a year, we looked through each other at parties. It was very idiotic. She was a kid, she's a decade younger than me." However the duo brought an end to their prolonged fight after Karan Johar announced the birth of Kareena and Saif's son Taimur Ali Khan on his Twitter account on 2016.