"A birthday toodles is a must," wrote Karan Johar 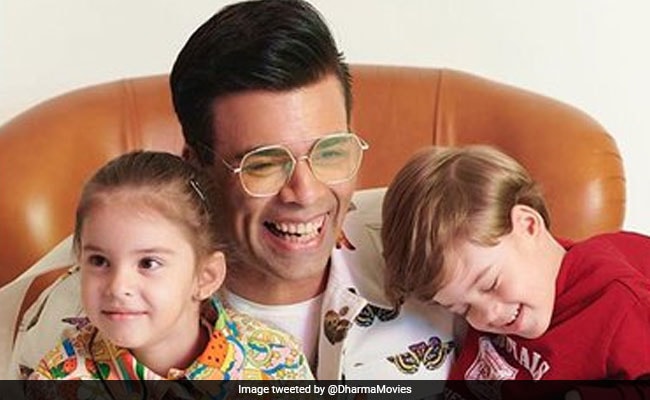 Yash and Roohi Johar's birthday marked the return of the 'Toodles' series. In the video, the twins can be seen roasting their father's sartorial choices. "We are too tired," they said in the video and added, "Everything is so shiny," referring to KJo's clothes. When the filmmaker wished them a happy birthday, they thanked him adorably. Sharing the video, Karan Johar wrote: "A birthday toodles is a must! The fashion critics are back to roast me! Happy birthday to the loves of my life." Malaika Arora commented on Karan Johar's post: "Happy birthday darling Yash and Roohi. I want to borrow Roohi's shorts please."

Last year, Karan Johar posted a series of videos called "Lockdown With The Johars," which he signed off with his signature goodbye style "Toodles." The videos featured Karan Johar's kids adorably trolling him. Sometimes they age shamed him, the other times, they give him a check about his weight.

Here's a reminder of some of the super cute videos here:

The filmmaker also launched a picture book for kids titled The Big Thoughts Of Little Luv, which is inspired by his experiences as a single parent. He announced the project last year and he wrote: "Am excited to share something special with all of you... my first picture book for kids The Big Thoughts Of Little Luv." The book was published by Juggernaut Books. Karan Johar welcomed Yash and Roohi via surrogacy in the year 2017.