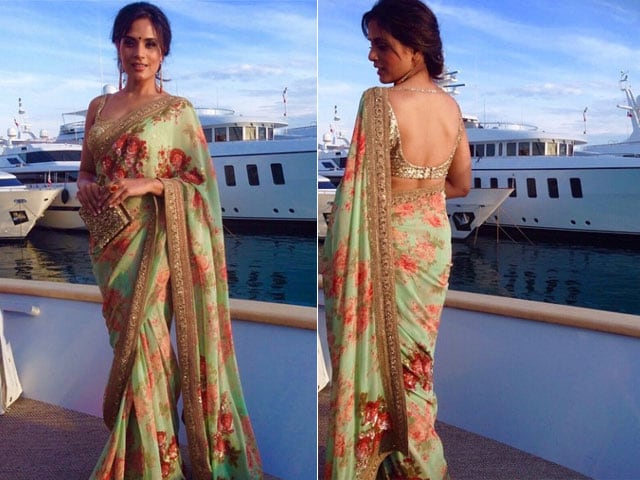 New Delhi: Actress Richa Chadha apparently had 15 designers clamouring to dress her at the Cannes Film festival, where her film Masaan received a standing ovation on Tuesday. She picked Sabyasachi to wear to the premiere - a mint and pink sari with a sparkly blouse.

A photo posted by Sabyasachi Mukherjee (@sabyasachiofficial) on May 20, 2015 at 2:00am PDT

She looked as lovely going as she did coming:

A photo posted by Sabyasachi Mukherjee (@sabyasachiofficial) on May 20, 2015 at 1:53am PDT

Richa wore a Giles dress to the photocall of Masaan before the screening. 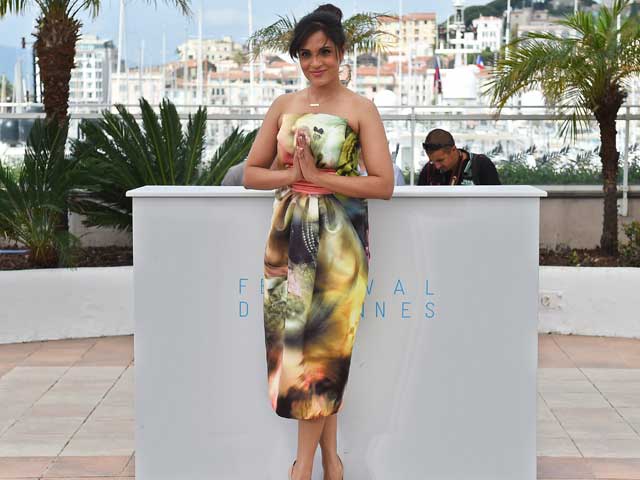 Promoted
Listen to the latest songs, only on JioSaavn.com
The last time Richa was at Cannes was as part of the cast of Anurag Kashyap's Gangs of Wasseypur which played to a packed house in 2012. "The last time I went to Cannes I had no experience of being in the limelight. Now I am more confident and grown up. I feel fortunate that so many amazing designers have shown interest in dressing me up. I want to showcase the best of the east in the west," Richa told news agency IANS.

Masaan, directed by first-timer Neeraj Ghaywan, had the audience on its feet for five minutes, reducing Richa to tears. The film is one of two from India being screened in the Un Certain Regard section - the other is the Punjabi language Chauthi Koot.