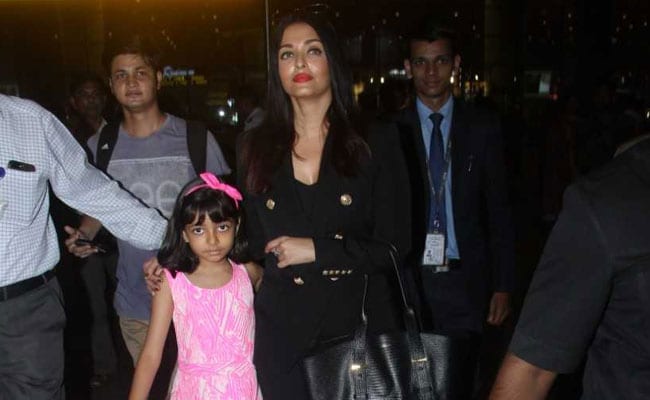 Aishwarya Rai Bachchan, who made her 18th appearance at the Cannes Film Festival this year, is now back in India after completing her Cannes duties. The actress was spotted with her 7-year-old daughter Aaradhya at Mumbai airport on Tuesday and she still had the Cannes vibe on - dressed in chic black. Aaradhya, who has been accompanying her mother Aishwarya to Cannes ever since she was born, was in pink. Aishwarya Rai Bachchan is a veteran at the film festival and is a major star on the red carpet. This year, Aishwarya walked the red carpet twice in two extremely dissimilar and unexpected looks. 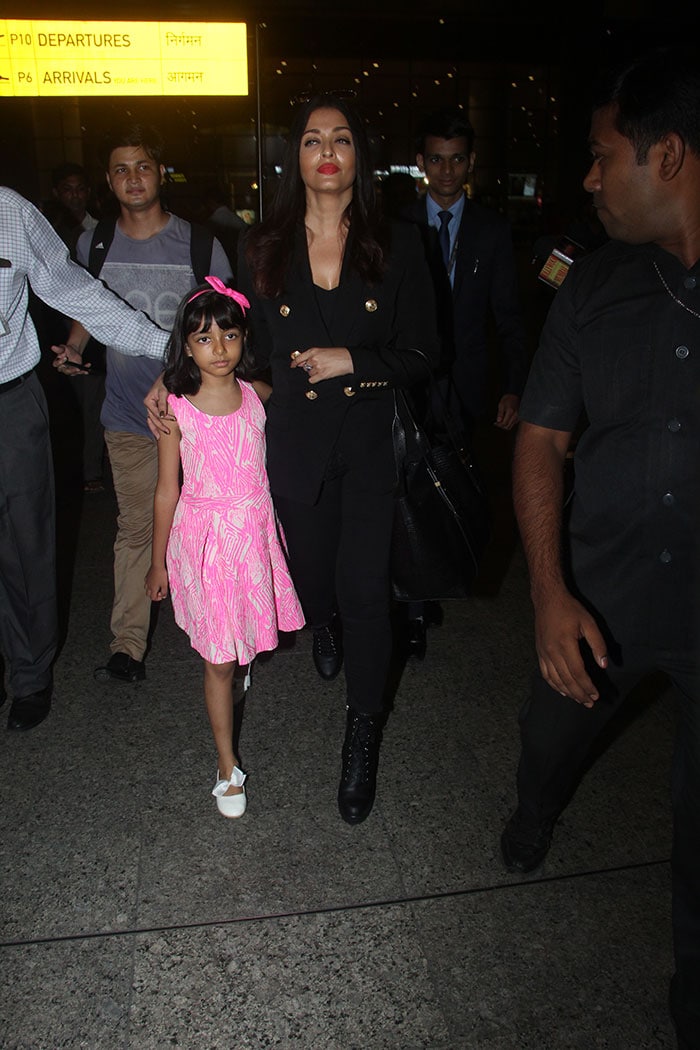 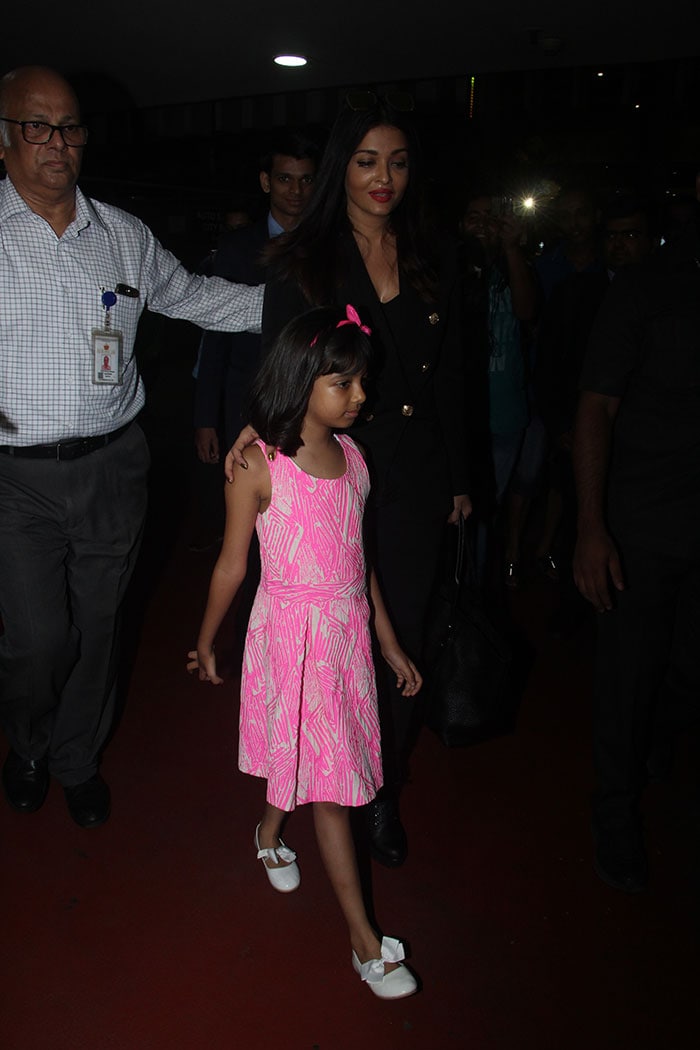 The 45-year-old actress first walked the red carpet in a Jean-Louis Sabaji fish-cut dress in gold with green undertones. She accessorised the outfit very minimally with just a pair of studs and a sparkly ring from the collections of Boucheron. She was seen posing with her daughter Aaradhya before making her appearance on the red carpet. Aaradhya wore a yellow dress, which matched the colour of Aishwarya's outfit.

On the second day of Aishwarya Rai Bachchan's red carpet appearance, she wore a white dress of tulle and feathers from the collections of Ashi Studio. Aishwarya had her hair up and painted her lips in a light pink shade.

A post shared by AishwaryaRaiBachchan (@aishwaryaraibachchan_arb) on May 20, 2019 at 11:32am PDT

Aishwarya Rai Bachchan also set some major fashion goals with her day looks. Soon after she arrived in the French Riviera, she was spotted in a strapless red and white striped maxi-dress, which was designed by Leal Daccarett. Her lips were painted hot-red and she wore a pair of sunglasses with it. She was also seen in denims right after that, which she wore with a plain white top along with a denim cape. This outfit of hers was designed by Falguni Shane Peacock.

A post shared by AishwaryaRaiBachchan (@aishwaryaraibachchan_arb) on May 20, 2019 at 7:22pm PDT

A post shared by AishwaryaRaiBachchan (@aishwaryaraibachchan_arb) on May 20, 2019 at 6:55pm PDT