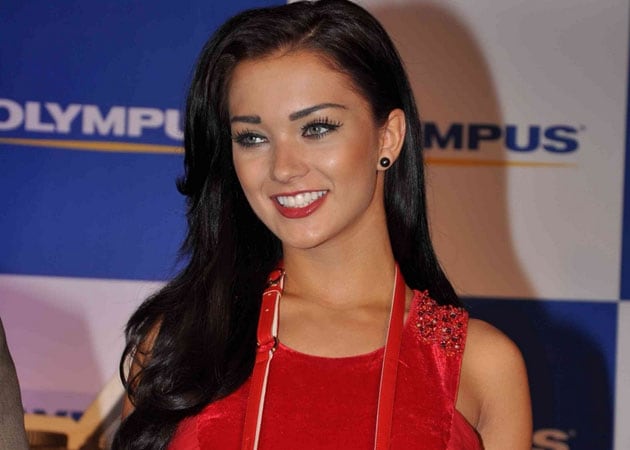 New Delhi: Actress Amy Jackson posted pictures of her first ever visit to the Cannes Film Festival, where she attended the Grigosono party and a luncheon hosted by the British Film Institute on Tuesday.

Amy was spoilt for choice while dressing up for the Grigosono party:

Amy, uber-stylish in a printed blazer and pants, shared a video from inside the luncheon:

It was selfie time for Amy:

It was Amy's first night at Cannes on Monday and she let her hair down at a party hosted on Microsoft co-founder Paul Allen's yacht, The Octopus. She looked stunning in a strapless navy ensemble by Falguni & Shane Peacock:

The 24-year-old actress, who will also attend The Annual Positive Planet Gala dinner to raise funds for Syrian refugees, shared her red carpet plans with mid-day saying: "I am going to be taking some risks on the red carpet and not playing it safe since this is an once-in-a-lifetime opportunity and I am so excited to be a part of it."

Amy Jackson made her debut in Bollywood with 2012 film Ekk Deewana Tha and has also starred with Akshay Kumar in Singh Is Bliing. Amy will next be seen in Rajinikanth's 2.0, co-starring Akshay.