Cannes 2015: Sonam Kapoor's Gift for Andie MacDowell Was Made in India 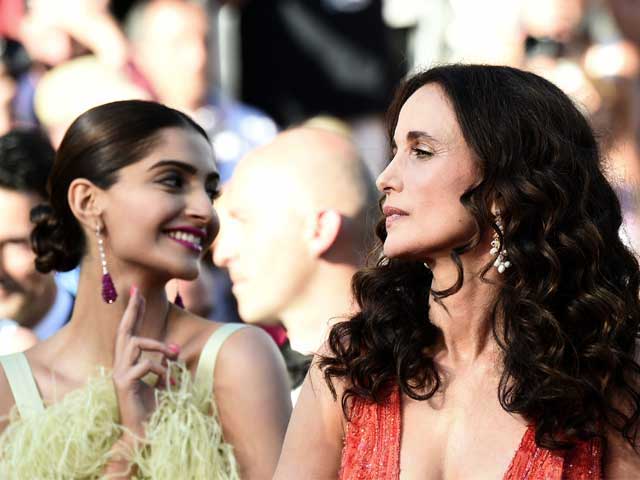 Sonam and Andie walked the red carpet on May 18. Image courtesy: AFP

Cannes, France: Bollywood actress Sonam Kapoor and Hollywood star Andie MacDowell struck up an instant friendship at the 68th Cannes International Film Festival. Sonam gave a special gift to Andie to celebrate her association with a beauty brand since 30 years and sent a congratulatory gift to Andie's suite that was brought especially from India.

Andie has been a part of the L'Oreal Paris family since 1985.

Sonam, 29, who is representing L'Oreal Paris for the fifth year at the festival, heard about Andie's relationship with the brand and decided to surprise the Four Weddings and a Funeral actress in her own way.

Promoted
Listen to the latest songs, only on JioSaavn.com
Overwhelmed by Sonam's gesture, Andie hugged Sonam and thanked her for the gift. The two were seen bonding over MacDowell's long journey of 30 years with the brand and even posed for the cameras together.