Cannes 2015: Sonam Kapoor Has a Surprise This Year 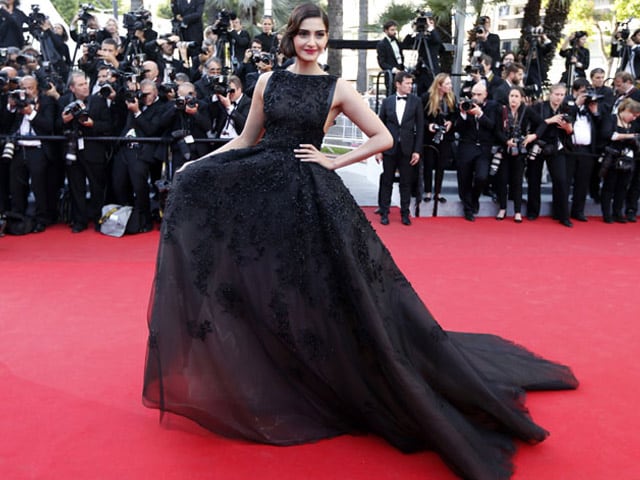 Sonam Kapoor at the screening of The Homesman at Cannes 2014.

Mumbai: Actress Sonam Kapoor will be celebrating her fifth year at the 68th Cannes International Film Festival and said that she can't wait to walk the red carpet and surprise everyone.

The actress was signed as the face of L'Oréal Paris in 2010 and has since gracefully carried off both traditional and modern attire with ease during all of her red carpet appearances.

"I've always stood by the fact that fashion is forever changing but style is eternal. I can't believe this will be my fifth year already with L'Oréal Paris at Cannes and it's phenomenal. Now I can't wait to officially walk the red carpet at Cannes and surprise everyone with my plans for this year," the actress said in a statement reminiscing about the last four years. (Also Read: When to Expect Aishwarya, Katrina and Sonam on Cannes Red Carpet)

In 2011, Sonam made her first impression by opting for Jean Paul Gaultier Spring 2009 Couture gown on her red carpet debut at Cannes. The fashionista kept it elegant and classy with smokey eyes, nude lips and no jewellery.

In 2012, the Khoobsurat actress decided to don a strapless red velvet Dolce and Gabbana number.

Promoted
Listen to the latest songs, only on JioSaavn.com
The next year, Sonam surprised everyone by wearing an Indian look for the opening ceremony of the festival. She slipped into Anamika Khanna Couture white lace sari featuring intricate gold embroidered through-out.

Last year, the actress looked stunning in a black Elie Saab gown at the screening of The Homesman.