Can You Guess Which Star's Family Picture This is? 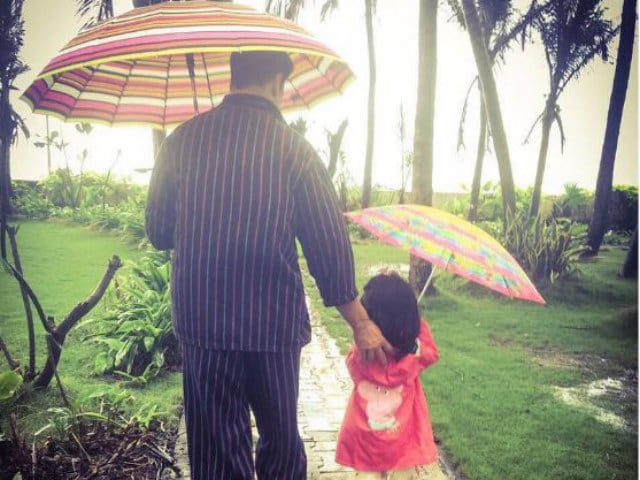 New Delhi: It's a wrap for Akshay Kumar's (no, not next film) but vacation in Maldives. The recently turned 49-year-old actor's family holiday was drawn to an end with a final picture, perfect for a drawing room wall frame.

The Kumars - Akshay, his author wife Twinkle Khanna, 3-year-old daughter Nitara and teenaged son Aarav - formed a human chain as they strolled around basking in the pleasant Maldives sun.

Soaking in all the goodness of the sun and the sea...one last stroll before we bid goodbye. Maldives you will be missed!

Promoted
Listen to the latest songs, only on JioSaavn.com
The Kumars were never spotted together in the holiday pictures previously shared by Akshay and Twinkle. This is how Akshay celebrated his birthday week:

Between the devil and the deep blue sea , I am happy to pick this particular handsome devil #HappyBirthdayMrK #BigDay

When the heavens open,only my daughter can make it feel like a heavenly day!Love her to the moon & back #SundayFunday

Akshay Kumar is currently busy with courtroom drama Jolly LLB 2 and thriller 2.0, co-starring Rajinikanth. Akshay, who was last seen in Rustom, made special appearances in Dishoom and Akira.

Farah Khan, Can You Please Stop Posting Those Gorgeous Pics from Maldives?