Bunty Aur Babli 2: Rani Mukerji will also reprise her role as Babli in the sequel 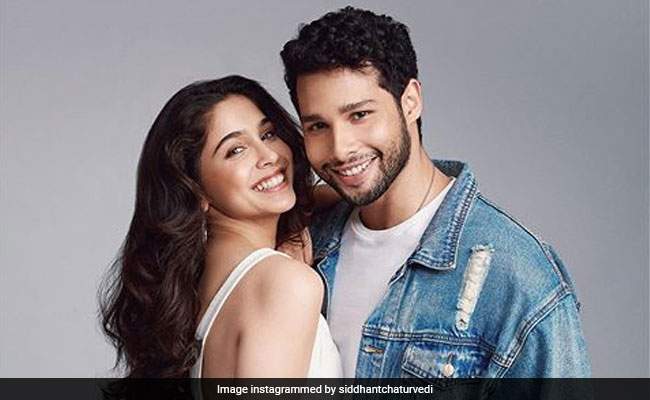 Bunty Aur Babli 2, the sequel to Rani Mukerji and Abhishek Bachchan's superhit film of the same name, is all set to open in theatres on June 26. Gully Boy actor Siddhant Chaturvedi and Mumbai based debutante Sharvari will play the titular roles alongside Rani Mukerji and Saif Ali Khan in the film. Rani will reprise her role as Babli while Saif will step into the shoes of Abhishek Bachchan to play the older Bunty. Announcing the release date on social media, Siddhant Chaturvedi shared the logo of the sequel and wrote: "Everything is fair in love and con! Mark your calendar as #BuntyAurBabli2 is releasing on June 26, 2020."

Everything is fair in love and con! Mark your calendar as #BuntyAurBabli2 is releasing on 26th June, 2020 @yrf | #RaniMukerji | #SaifAliKhan | #Sharvari | #VarunVSharmapic.twitter.com/mOaWhqEiPj

The makers of Bunty Aur Babli 2 have decided to pay homage to the first film by keeping the same logo for the sequel. Bunty Aur Babli 2 is being directed by debutant Varun V. Sharma, who has worked as an assistant director in Sultan and Tiger Zinda Hai. Talking about Bunty Aur Babli 2, Varun said the film has a "huge nostalgia value attached to it," reported news agency IANS.

"For whole of India, Bunty Aur Babli is and will always be part of cinema that we watched while growing up. It is truly a much loved film. When we were designing the logo of Bunty Aur Babli 2, we were certain that we will keep the original logo as it pays perfect homage to the first film that is part of India's pop culture history. I'm guessing this move will be much loved by cine-lovers as it evokes a big sense of nostalgia," he was quoted as saying by IANS.

Other than Bunty Aur Babli 2, Rani Mukerji and Saif Ali Khan have worked together in films such as Hum Tum, Ta Ra Rum Pum and Thoda Pyaar Thoda Magic.

Produced by Aditya Chopra, the shooting schedule of the film has begun already.