Bunty Aur Babli 2: Siddhant Chaturvedi and debutante Sharvari roped in by YRF to step into the shoes of Abhishek and Rani as the con couple 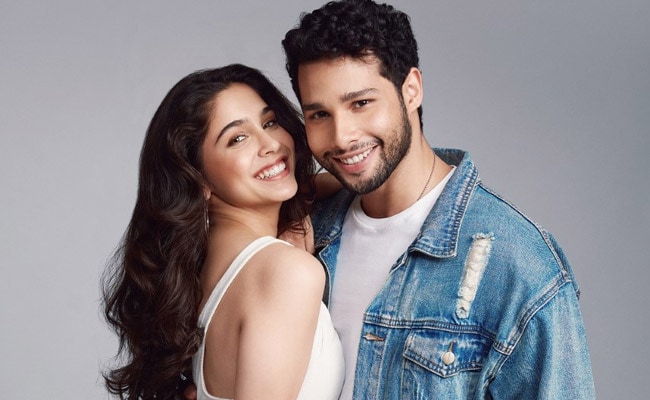 Guys, watch out for the new Bunty Aur Babli in town, okay? Yash Raj Films just confirmed that Abhishek Bachchan and Rani Mukerji's 2005 film is finally getting the much-awaited sequel, says a statement by Yash Raj Films. Gully Boy heartthrob Siddhant Chaturvedi and debutante actress Sharvari have been roped in by YRF to step into the shoes of Abhishek and Rani as Bollywood's favourite con couple. "YRF discovered Sharvari last year and has been grooming her since then," the statement added. Bunty Aur Babli 2 will be directed by Varun Sharma, who worked as an Assistant Director for Yash Raj productions such as Sultan and Tiger Zinda Hai. The YRF statement adds that Bunty Aur Babli 2 has taken a time leap of over 10 years and is set in current times.

Talking about casting a fresh face - actress Sharvari - director Varun Sharma said: "Sharvari is an extremely special actress to watch out for. She is a powerful performer and you have to watch her on-screen to understand what we mean. Given the film and the roles, they are definitely the perfect casting. They are a fresh, hot pair and their chemistry and energy is infectious," says Varun, who is also the writer of the sequel."

About casting Siddhant in his first ever film, Varun Sharma said: "Bunty Aur Babli 2 is completely set in today's time. Siddhant caught everyone's eye with his brilliant acting debut in Gully Boy and became the heartthrob of the nation. We are very excited to have him play the role of Bunty. He is a superb actor, is extremely charming and he fits the role perfectly."

Earlier this year, a Pinkvilla report stated that the original Bunty and Babli - Abhishek and Rani - will also feature in the new one, which will have room for two con couple jodi. "Unlike Bunty Aur Babli, the second instalment will not have just Rani and Abhishek. There will be two pairs of actors with a jodi from the younger generation of actors joining the two main leads from the original. The story has been written in a way which requires two leading pairs. It needs to be seen if Amitabh Bachchan also reprises his role in the sequel," Pinkvilla quoted a source as saying.

Tahira Kashyap And Her Elves Are Working On Some Super Cool Diwali Decor. Pics Inside