Rani Mukerji And Abhishek Bachchan's Bunty Aur Babli To Get A Sequel After 14 Years: Reports 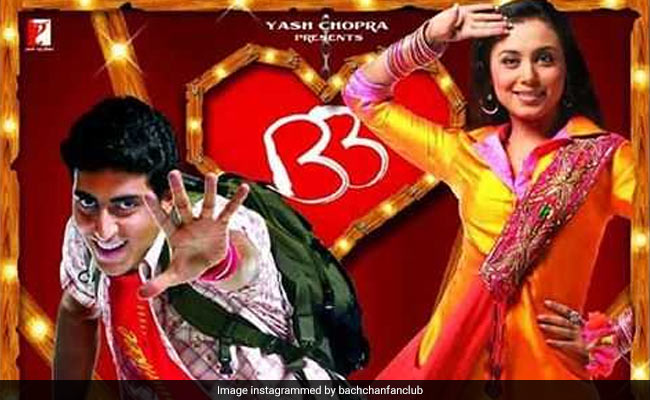 Rani Mukerji and Abhishek Bachchan's 2005 hit film Bunty Aur Babli will reportedly get a sequel after 14 long years. That's not it, the film is likely to feature Rani Mukerji and Abhishek Bachchan along with two actors from the younger generation, reports Pinkvilla. According to the report, the film's script will be written in a way that will incorporate two lead pairs. As of now, the casting for the film hasn't begun. Also, it will be interesting to see if Amitabh Bachchan will reprise his role as a cop in the sequel.

The Pinkvilla report stated, "Unlike Bunty Aur Babli, the second installment will not have just Rani and Abhishek. There will be two pairs of actors with a jodi from the younger generation of actors joining the two main leads from the original. The story has been written in a way which requires two leading pairs. It needs to be seen if Amitabh Bachchan also reprises his role in the sequel. But as of now, the makers are currently in process of looking the Gen-Y actors for the film."

Just like the film's previous rendition, the second installment will also be directed by Shaad Ali. However, as of now, neither the actors nor Shaad Ali has announced his association with the project officially.

Bunty Aur Babli was one of the biggest hits of 2005 and it was also the first film that featured father-son-duo Amitabh Bachchan and Abhishek Bachchan together. The film showcased the story of two ambitious individuals, who conned people using the pseudonyms Bunty and Babli. Amitabh Bachchan played the role of a cop in the film.

The film resonates with today's generation through its great comic timing and the iconic song Kajra Re, which featured Aishwarya Rai Bachchan along with Amitabh Bachchan and Abhishek.