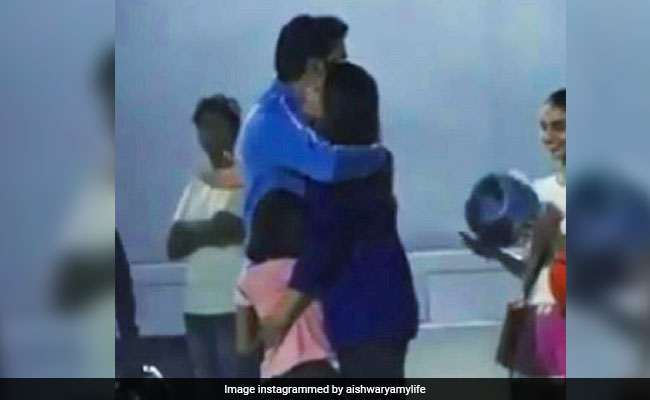 Aishwarya, Abhishek and Aaradhya from the match (courtesy aishwaryamylife )

Aishwarya Rai Bachchan and Aaradhya were the biggest cheerleaders for Abhishek Bachchan during a football match on Wednesday. After the stellar win, Abhishek Bachchan got to share the moment of victory with his daughter Aaradhya and a video of the father-daughter moment took over the internet and went viral a day later. Celebrity Football team All Stars Football Club, which comprises Bollywood actors, was the clear winner with nine goals against one from Telly Stickers, which comprises television actors. Aishwarya Rai Bachchan and daughter Aaradhya were present in the stands to for cheer Abhishek Bachchan during the match. Take a look at the photos of the Bachchan trio from after the match. 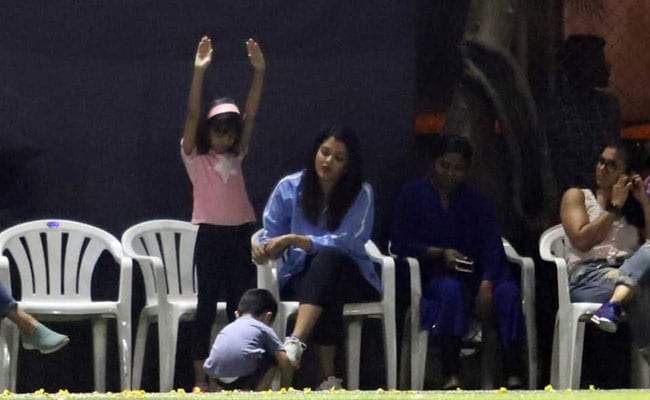 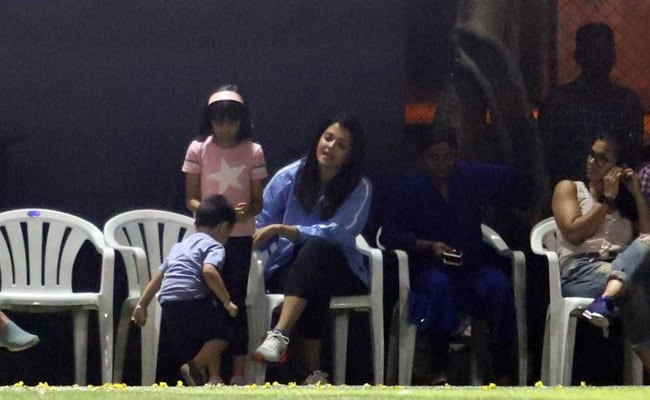 Armaan Jain, cousin of Ranbir Kapoor, who is also a part of the football team, shared a picture of the team on his Instagram recently and wrote: "Some looking left... Some right... Some in the centre... Some eyes shut ... Tentacles all around... All Stars Football Club, the octopus with an insidious spread of control... a 'blinding victory.' 9-1 the final score and let me further iterates, we scored 10 goals, kicked one in our own net out of sympathy." Apart from Abhishek Bachchan, Ranbir Kapoor and Armaan Jain, the team consists of Aparshatki Khurana, Aditya Seal, Karan Deol, Abhimanyu Dassani, Shoojit Sircar and others, all of who were spotted in the click.

Some looking left .. Some right .. Some in the center .. Some eyes shut .. Tentacles all around .. @allstarsfc_pfh , the octopus with an insidious spread of control .. a 'blinding victory' ... 9-1 the final score and let me further iterate ... we scored 10 goals , kicked one in our own net out of sympathy

Armaan Jain's photo appears to answer the query posted by Ranbir Kapoor's fans on Ayan Mukerji's post yesterday. "Where is Ranbir Kapoor?" fans asked as Alia Bhatt and Ayan Mukerji were spotted in a Brahmastra special photo from London. Ayan had shared the picture with the caption : Adventure (of a Lifetime) .

Abhishek Bachchan was last seen in the film Manmarziyaan and will next be seen in Gulab Jamun, co-starring Aishwarya. Ranbir Kapoor is filming Brahmastra, directed by Ayan Mukherji, which also stars Alia Bhatt.