IAF air strikes: Twitter is flooded with posts after India carried out 'pre-emptive, non-military' strikes on a Jaish-e-Mohammed camp across the LoC 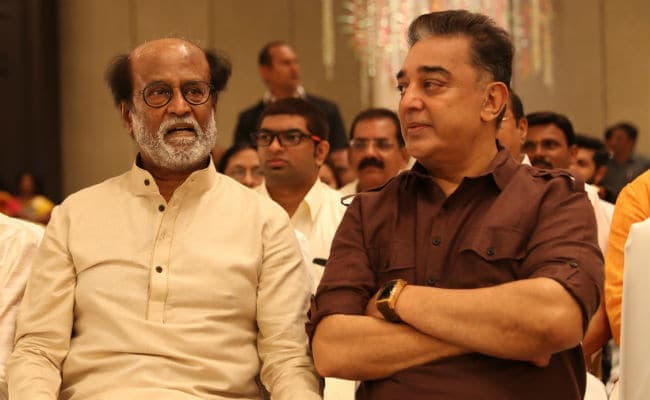 IAF air strikes: Rajinikanth and Kamal Haasan are among celebrities who have posted tweets

Twitter has been flooded with posts after India carried out 'pre-emptive, non-military' air strikes on a Jaish-e-Mohammed camp across the Line of Control or LoC. Celebrities like Rajinikanth, Kamal Haasan, Salman Khan, Akshay Kumar, Priyanka Chopra, Ajay Devgn, Ranveer Singh, Varun Dhawan and others have posted tweets praising the air force. Foreign Secretary Vijay Gokhale said on Tuesday that the operation, reportedly conducted early morning by 12 Mirage 2000 jets, targeted the Jaish-e-Mohammed's largest camp - the Jaish-e-Mohammed claimed responsibility for the terror attack in Pulwama two weeks ago which killed 40 CRPF soldiers. Mr Gokhale also said that the government was acting on 'credible intelligence' that the Jaish-e-Mohammed planned to carry out more terror attacks. The air strikes have filled up the trends list on Twitter today: 'Surgical Strike 2', 'Indian Air Force' and 'India Strike Back' are some of the top trends.

Actor-politician Kamal Haasan tweeted, "Our 12 return safely home after wreaking havoc on terrorist camps in Pakistan. India is proud of its heroes. I salute their valour."

Our 12 return safely home after wreaking havoc on terrorist camps in Pakistan. India is proud of its heroes. I salute their valour.

Akshay Kumar in his tweet said that he is "proud" of the Indian Air Force. "Proud of our Indian Air Force fighters for destroying terror camps. Quiet no more! India Strikes Back," he posted.

Proud of our #IndianAirForce fighters for destroying terror camps. ! Quiet no more! #IndiaStrikesBack

Priyanka Chopra, who is currently in Delhi, sent out this tweet:

Mess with the best, die like the rest. Salute #IndianAirForce.@narendramodi.

Here's what the other stars have posted.

"Salute to the Indian Air Force for their indomitable spirit in keeping our country safe," wrote Sanjay Dutt.

Salute to the #IndianAirForce for their indomitable spirit in keeping our country safe! Let us all pray for their safety. Jai Hind

"Salute to the our armed forces," read Swara Bhasker's tweet.

Salute to the our armed forces.
Jai Hind.

In a tweet, Riteish Deshmukh said he's proud of the country.

"What an explosive morning, as India celebrates," wrote Raveena Tandon.

What an explosive morning ! As india celebrates ! I salute the 12 bravehearts for meting out justice for our Pulwama boys ! Our Neighbours often complain of being victims of terrorism themselves .. they need to thank us . Jai Hind.

Suniel Shetty tweeted a picture of the Indian flag.

"Credible intelligence was received that Jaish-e-Mohammed was attempting another suicide terror attack in various parts of the country and fidayeen jihadis (suicide bombers) were being trained for this purpose," Foreign Secretary Vijay Gokhale said today.

"India has given proof many times seeking action against Jaish-e-Mohammed and others at terror camps so big, that they can train hundreds of jihadis and terrorists at any given time. But due to Pakistan's inaction, this step was necessary and had to be taken," he said.

Pakistan's response has been to downplay the impact. "Indian aircrafts' intrusion across LOC in Muzaffarabad Sector... was 3-4 miles. Under forced hasty withdrawal aircrafts released payload which had free fall in open area. No infrastructure got hit, no casualties," Major General Asif Ghafoor of the Inter-Services Public Relations tweeted this morning.

In September 2016, after the attack on the Uri base camp, the army had also carried out surgical strikes on seven terrorist launch pads across the LoC.