Alia Bhatt and Ranbir Kapoor were filming Brahmastra in Bulgaria 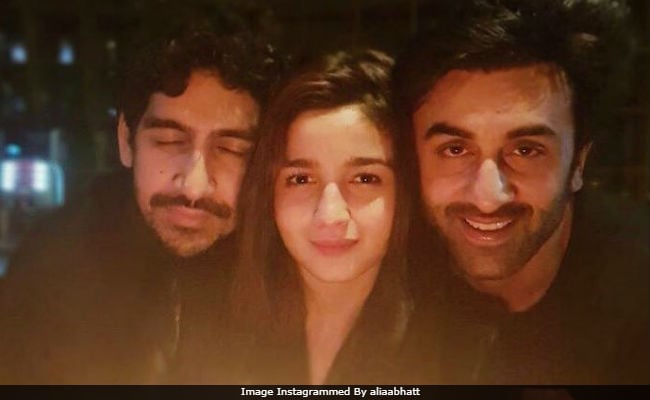 New Delhi: Actors Alia Bhatt and Ranbir Kapoor have completed the first shooting schedule of their upcoming film Brahmastra in Bulgaria. Alia, who reportedly got injured in on the sets, posted a lovely picture with her co-star Ranbir and director Ayan Mukerji. "And it's just the beginning," she captioned her post while Dharma Productions, owned by Karan Johar (Brahmastra producer), shared the same picture of them on Instagram and revealed that the first schedule of the film is over. "It's a wrap on the first schedule for Brahmastra & the journey has only just begun," read the post. The Bulgaria shoot for team Brahmastra started over a month ago.

& its just the beginning..

Promoted
Listen to the latest songs, only on JioSaavn.com
Brahmastra is a three-part movie and also stars Amitabh Bachchan and TV actress Mouni Roy. Alia and Ranbir were shooting for the first part. Mouni was also in Bulgaria along with the rest of the team. The first part of Brahmastrais expected to release in August next year.

Alia Bhatt's next release is Raazi with Vicky Kaushal while she also has Gully Boy with Ranveer Singh in the pipeline. Ranbir Kapoor, who was last seen in Jagga Jasoos, has Dutt biopic lined up for release.
Comments
Alia BhattRanbir KapoorBrahmastra