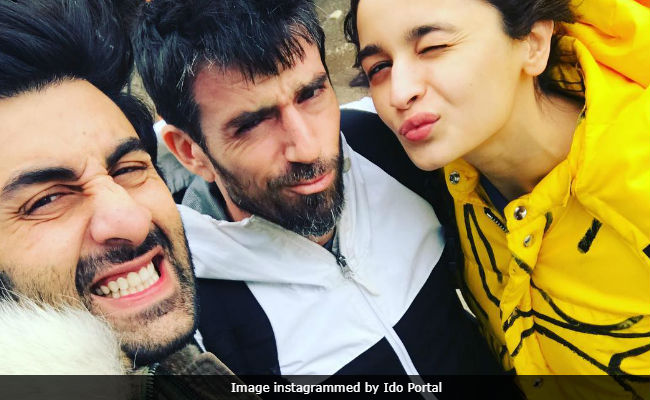 @aliaabhatt and Ranbir Kapoor - harddd working, dedicated, talented people. So much heart in these two - it's an honor to call you friends and students guys. #brahmastra #aliabhatt #ranbirkapoor #movementculture #idoportal

In another picture shared by Ido, he and Ranbir along with a member of Ido's team can be seen all set for combat with their favourite weapons in hand.

Brahmastra is a trilogy directed by Ayan Mukherji and produced by Karan Johar. The film also stars Amitabh Bachchan, who is currently busy completing Yash Raj Films' Thugs Of Hindostan, co-starring Aamir Khan and Katrina Kaif. The fourth confirmed cast member of Brahmastra, television actress Mouni Roy, is also in Bulgaria but it appears she is currently exploring the country.

Rare sighting of the Bulgarian #Brahamastra

Promoted
Listen to the latest songs, only on JioSaavn.com
Brahmastrabrings Ranbir and Alia together on the big screen first time. Ayan has directed two films for Karan Johar's Dharma Productions - Wake up Sid and Yeh Jawaani Hai Deewani - both starring Ranbir Kapoor. Karan Johar launched Alia Bhatt in Bollywood in Student of The Year and he is her mentor.

Before Brahmastra, Alia Bhatt will be seen Meghna Gulzar's Raazi and Ranbir will be seen in Sanjay Dutt's biopic.