Brahmastra: A Round-Up Of How Alia Bhatt And Ranbir Kapoor Lit Up Kumbh Mela

On Shivratri, Alia Bhatt, Ranbir Kapoor, Brahmastra director Ayan Mukerji checked in to the Kumbh mela to launch the logo of the film 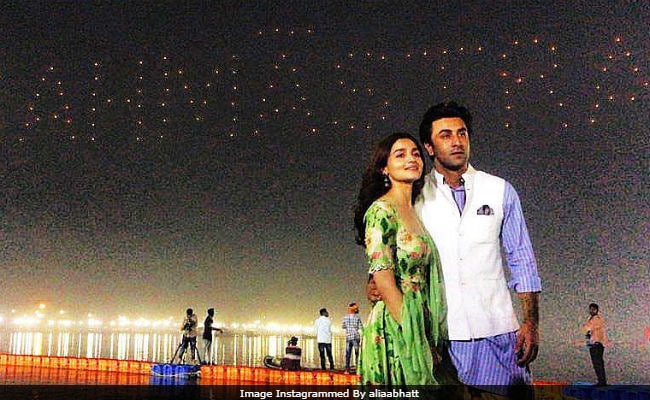 On Monday, on the occasion of Maha Shivratri, Alia Bhatt and Ranbir Kapoor, along with their Brahmastra director Ayan Mukerji, checked in to the Kumbh mela in Allahabad to launch the logo of their much-awaited film. Around 150 drones lit up the sky forming the logo of Brahmastra and after launching it, the trio performed aarti at the Kumbh mela. Alia looked pretty in a light green suit and Ranbir Kapoor chose to wear a kurta pyjama set with a jacket. "It's the Brahmastra logo day... Our journey has just about begun and we are at the Kumbh mela and we are very excited. Look up at the sky," Alia said ahead of the logo launch in a video shared by the film's production house Dharma Productions while Ranbir added, "I am very excited... can't match her energy, but super excited."

Here are the pictures from team Brahmastra's Kumbh diary. 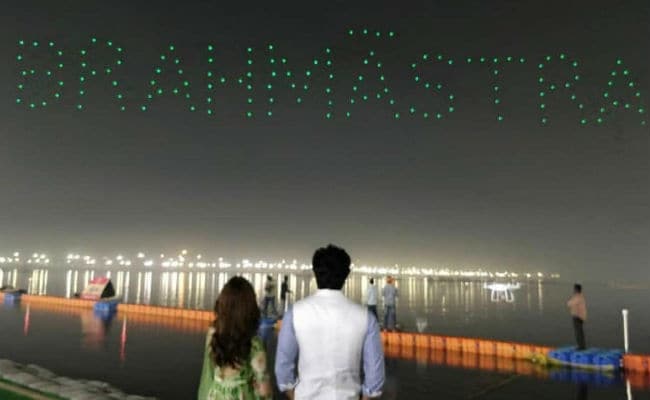 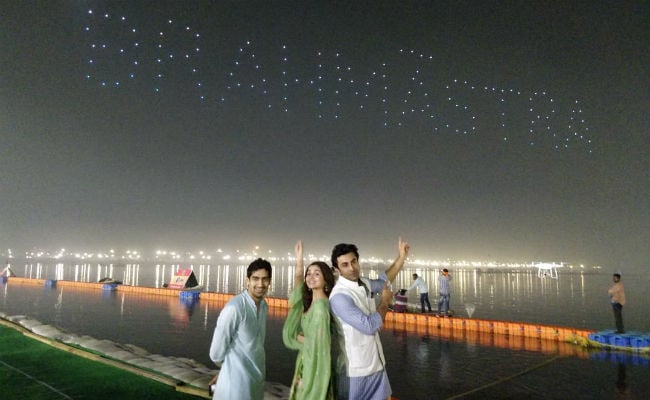 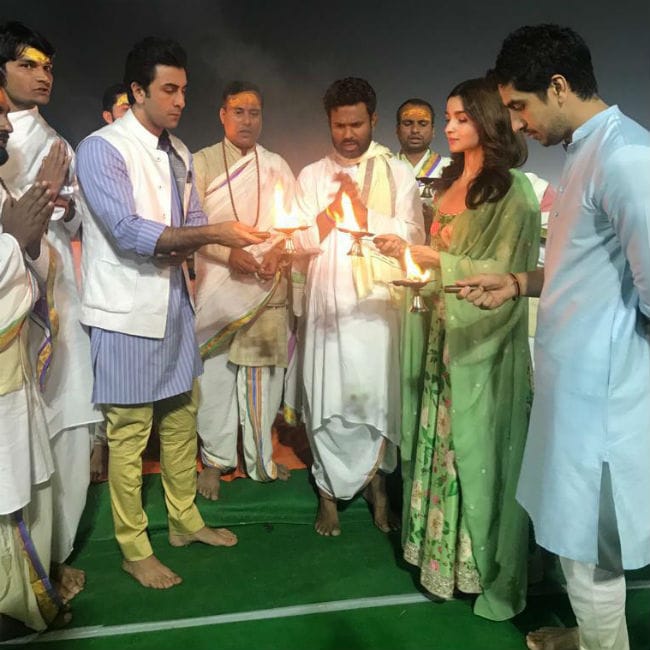 It's about to begin, look 'up' and you'll be ready to witness magic! Tune into our Facebook page to see it LIVE from the #Kumbh2019! #Brahmastra @amitabhbachchan #RanbirKapoor @aliaabhatt #Nagarjuna @boy_dreaming @karanjohar @apoorva1972 #NamitMalhotra @FoxStarHindi @BrahmastraFilm . . . . . . . #ranbir #alia #aliabhatt #dharmamovies #fantasy #adventure #bollywood

Alia Bhatt, who keep the audience hooked with her Instagram posts and stories, signed off from Kumbh by posting a fabulous picture of herself and Ranbir, posing amidst the logo of Brahmastra and wrote, "Shiva and Isha." Shiva and Isha are their names in the film.

Aim for the sky they say, and we did!

Ayan Mukerji also debuted on Instagram on Brahmastra day and posted these updates.

Part 1: Love #brahmastra (P.S.: going to take some getting used to this new Instagram life)

Brahmastra is a trilogy, also starring Amitabh Bachchan, Mouni Roy, Akkineni Nagarjuna, Dimple Kapadia and Prateik Babbar. The first part of the film is slated to release this year. Of Brahmastra, Alia Bhatt earlier told news agency PTI, "We are very excited about the film. It is a step ahead. This will take cinema to another level." It is said to be a supernatural film series.

Brahmastra has been extensively shot in Bulgaria, New York and Mumbai.