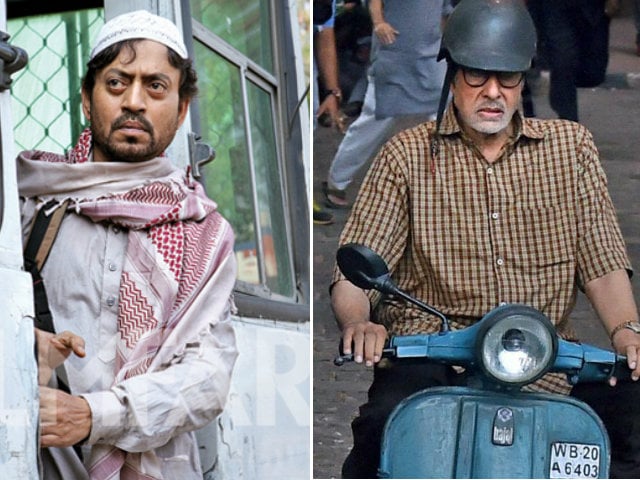 Mumbai: Another clash which has been averted is between Irrfan Khan's Madaari and Amitabh Bachchan's Te3n.

Madaari will now release on July 15, instead of clashing with Big B's film on June 10. Even Nagesh Kukunoor's Dhanak, earlier scheduled to open with Te3n, has been deferred by a week.

The film will now clash with Udta Punjab, which stars Shahid Kapoor, Alia Bhatt and Kareena Kapoor Khan, on June 17.

Even though the big SRK-Salman clash has been avoided, the next big box office clash seems between Akshay Kumar's Rustom and Hrithik Roshan's Mohenjo Daro.

Both Rustom and Mohenjo Daro are scheduled to release on August 12.

As of now, both directors have said that they are set to open the film on the scheduled dates with no change in the release.

If the Independence Day weekend is packed with these, even Diwali seems to be heading for a major clash.

Karan Johar's Ae Dil Hai Mushkil and Ajay Devgn's Shivaay are expected to release on October 28 this year, with no news of either director backing off.

The current year seems interesting as some are avoiding to take their films head-on with others' projects while others are willing to take the chance. It remains to be seen whether more clashes are averted.