Sutapa Sikdar began her post with this basic question: "Who is an outsider?" and said that the line between the so-called "insiders" and "outsiders" in the Hindi film industry is often blurred 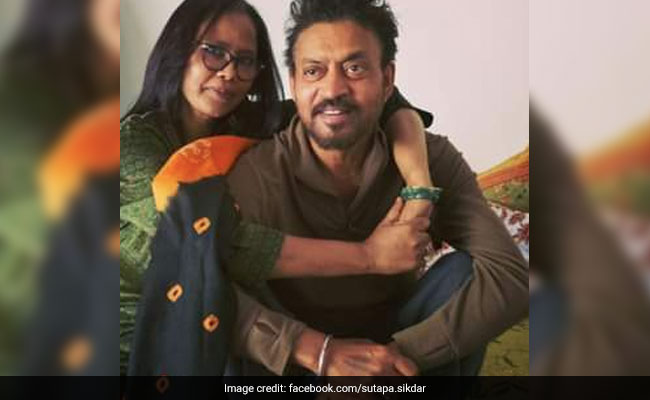 A throwback of Irrfan Khan with wife Sutapa (courtesy sutapa.sikdar)

Late actor Irrfan Khan's wife Sutapa Sikdar, in a lengthy post on Facebook, shared her views on the insider-outsider debate that's left Bollywood shaken and stirred in the past few months. Sutapa Sikdar clarified that her post is not in any way connected to actor Sushant Singh Rajput, who died on June 14. Sutapa Sikdar began her post with this basic question: "Who is an outsider?" and said that the line between the so-called "insiders" and "outsiders" in the Hindi film industry is often blurred: "It's grey the entire area." Without taking names, she addressed "the messiah of outsiders" and said: "Stop this! This inside outside theories it works only in design journals."

In her second part of the post, Sutapa wrote that going by the commonly perceived meaning of the term "outsider", Irrfan Khan could have been one too, just that he decided not to be categorised. "In these kind of crusaders' words, Irrfan could be an 'outsider' too. But he wasn't, he chose to be. What he was an objective witness to this jamboree called Bollywood." Sutapa revealed that Irrfan did not get invited to showbiz parties and didn't get front page magazine coverage initially but "he did not waste his time gossiping about people or bad mouthing. Nor did he get depressed. He chiseled his craft and refused to be part of it till he got the cover page and he did."

"It's a simple thing - no one owns Bollywood until or unless you think there are some people who own this industry. Bollywood couldn't do s**t about Irrfan getting Hollywood offers," Sutapa Sikdar wrote in her post. Irrfan Khan was part of international projects like The Namesake, Life Of Pi, Inferno, Slumdog Millionaire, Inferno, Jurassic World, The Amazing Spider-Man and The Warrior.

Irrfan Khan died on April 29 after a two-year-battle with cancer. He leaves behind an impressive legacy studded with critically acclaimed gems. There's no summing up Irrfan Khan's accomplishments in a list but of his best films include The Lunchbox, Maqbool, Haider, Piku, The Warrior, Paan Singh Tomar, Talvar and Qissa.