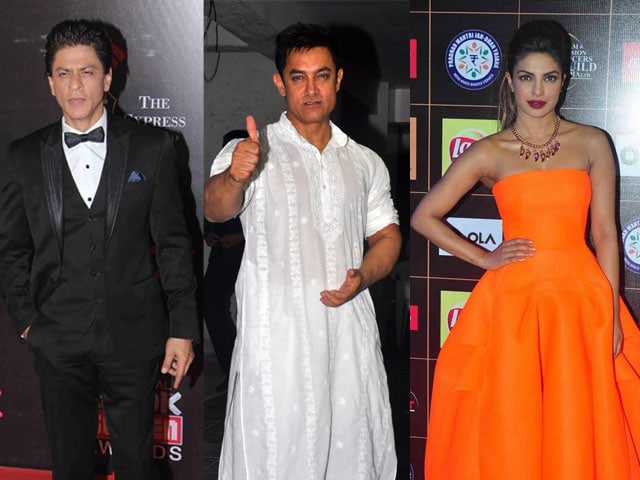 SRK, Aamir and Priyanka cheered for Team India on Twitter

Bollywood rooted for Team India at the India vs Australia World Cup held at the Sydney Cricket Ground (SCG) on Twitter on March 26. While actress Anushka Sharma was present at the SCG to cheer boyfriend Virat Kohli, those who couldn't make it to Sydney took to Twitter to root for Team India.

Superstar Shah Rukh Khan, who is shooting for Fan in Croatia, tweeted:

Awake with team Fan....watching the match. Too nervous suddenly. Go India...love you and we r all screaming our hearts out!!!!

The tougher the challenge, the sweeter the victory. Come On India...!!!! #INDvAUS#CWC15

Come on India we will chase this. The dropped catch gave them 14 runs. Kholi now make up for it with the bat. #wewontgiveitback

Packed up shooting battered and bruised but ready for #IndvsAus lets go boys #Dhoni#virat. It's time who's up?

The mother of all matches is here!Come on India, show the Aussies why we are champions! All the best Dhoni & Co! #IndvsAus#WeWontGiveItBack

End of Frustration: My hotel people in Mauritius have finally managed to shake d Tv & show me the match. No need to pull more hair.:)#WC15

Warney predicted close to 400. In that context, this is gritty stuff. Batting track. Best batting lineup in the world :) Let's go! #INDvAUS

Do you think #IND can win this? And if yes, who will score the ton for us? Who will play the game winning innings? #ShootoutAtAustralia