Bold Scenes Not Called 'Trash' When Big Stars Do Them, Says Zarine Khan 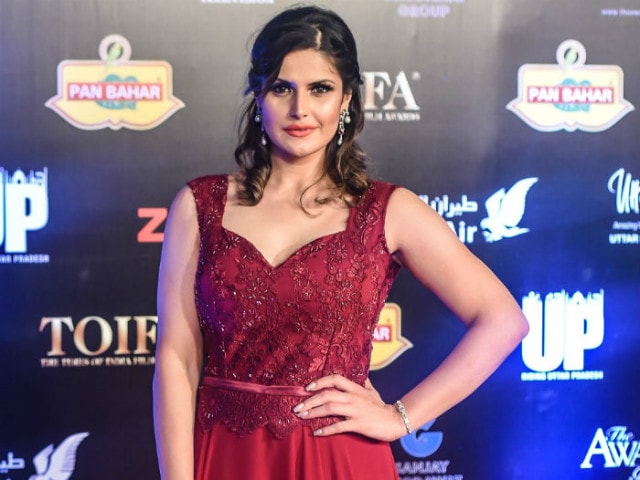 Mumbai: Actress Zarine Khan said that when a big star features in bold scenes on screen, it is appreciated but when something similar is done by a relatively less established face, people label it as "trash".

The actress, who appeared in a bold role in last year's hit Hate Story 3, feels that she doesn't understand the disparity between the reception of bold scenes by audience.

"If, may be, a bigger name does this, it's alright. It's like 'wow', 'oh my God', 'looking so hot', this and that. But if somebody with not so much a big or established name is doing it, it is called trash, people are trolling it," Zarine told PTI.

"I don't understand all these things. But I don't let them get on to me. I don't get bothered or affected by these things. I am here to do my work. I think I've learnt this over the years," she said.

The actress feels part of the problem is that many people in the country look down upon bold scenes, but will be the first ones to watch them.

"I feel we live in a hypocritical country. There are a lot of people out there who will say all the possible negative things about that, but they won't avoid watching it. They will still watch it," she said.

"Some people just like being that way. That no matter what, however much they degrade or say bad things about something, they will be the first ones to watch these things," she added.

Zarine, 29, made her debut opposite Salman Khan in Veer in 2010. The actress has also starred in films like Houseful 2 and appeared in a special number in Ready with the Dabangg star.

The actress, who made heads turn with her bold persona in Hate Story 3 and recently starred in a music video with Ali Fazal, feels shooting for such scenes requires an actress to be very alert.

"There are so many things going on in your head while shooting bold scenes. On screen it might look sensual, or hot and great. But when you're shooting for it, you need to take care of so many things," she said.