Bobby Has 'Faith' in Sunny Deol, Says Ghayal Once Again Will be 'Great' 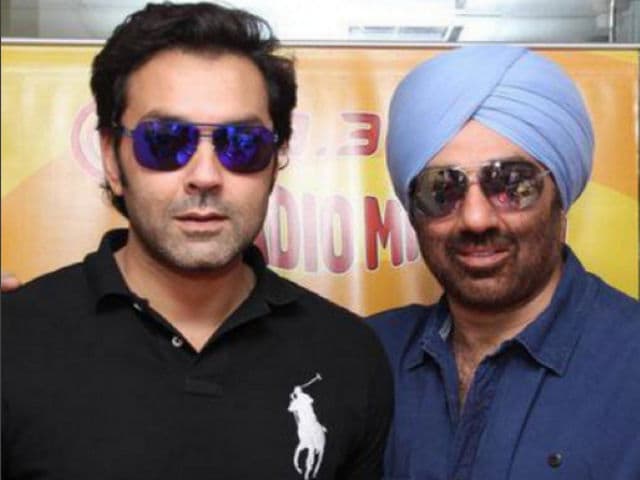 This image was posted on Instagram by Bobby Deol Fan Club.

Mumbai: Actor Bobby Deol said that he does not interfere in his brother, actor Sunny Deol's work related decisions.

Sunny will soon be seen in Ghayal Once Again, which has been directed, written and produced by the actor himself. It is the sequel to the 1990 film Ghayal and marks the comeback of the 58-year-old actor, who featured as the amateur boxer Ajay Mehra in the first instalment.

"I didn't contribute anything to the film. We don't like to interfere in each other's work. I wouldn't want him to get bogged down by what someone else is saying. It's his vision and creative side. I did Dillagi with him, which was one of my best performances. I have a lot of faith in him and I have a feeling that it's going to be a great film which people are going to enjoy," Bobby told PTI.

Bobby said that it is difficult to don the hat of a director, producer and actor in one film, but his brother has pulled it off with ease.

"I am really excited about the film. He has really worked hard. He has directed the film and has put all his effort into it. It's been tough producing, directing and acting in a film, but my brother is as tough in real life as he is on screen," said Bobby.

Bobby was last seen in the 2013 film Yamla Pagla Deewana 2, which also starred Sunny and their father, veteran actor Dharmendra.

The actor said that he is currently looking for scripts and has no plans of following his brother's footsteps of becoming a director.

"I am looking for good scripts and working on things. So, let's see. But I can't write, and directing is a big job. It's something which people have a knack for. There are good writers, who can't be good directors, and there were lots of actors who tried directing but they couldn't. So it's something which people have in them. You can't figure out how it happens," added Bobby. (Also Read: Dharmendra: Will Work With Sunny, Bobby Soon)