What Dharmendra Has To Say About Bobby Deol's New Post 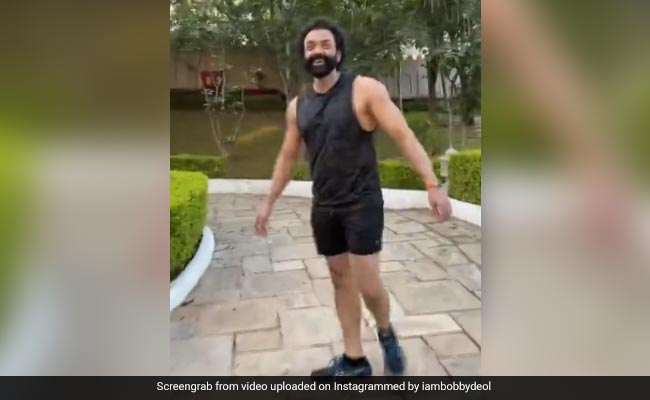 Bobby Deol in a still from the video. . (courtesy: iambobbydeol)

Actor Bobby Deol has finally stepped into his comfort place. Can you guess what it is? We won't leave you guessing. The Aashram actor has revealed his "favourite place" via a video on Instagram. In a video, Bobby Deol is walking down a beautiful path that has trees and bushes on the sides. He doesn't at all seem to mind the low branches of trees that cascade on the path. In fact, Bobby Deol tells us with a beaming smile, "I love these trees." The actor's caption read, "My favourite place to be." He also attached a hashtag saying, "Nature." His father, veteran actor Dharmendra, commented, "Love you, Bobby. Keep it up." Actor Darshan Kumaar reacted with two red heart emojis. Actor Saqib Saleem wrote, "King" with a fire emoji.

Bobby Deol is a family man at heart. When his son went back to college in New York, the actor posted a "miss you" note on his Instagram timeline. Bobby Deol shared a photo featuring himself, his wife Tanya Deol and their son Aryaman. "Back to University...Miss you already. Love you, my Aryaman," read his caption.

Recently, Bobby Deol celebrated the one year anniversary of his web series Aashram. This was one of his comeback projects after he went through a dry spell for a few years. His performance won the hearts of many critics and fans alike. He wrote, "Sometimes a journey takes you to a memorable destiny. Aashram is one such trip that took me to the undiscovered and I can't wait to take the journey forward."

Bobby Deol is known for his stellar performances in films like Soldier, Gupt, Race 3, Jhoom Barabar Jhoom and Ab Tumhare Hawale Watan Saathiyo. He made his Bollywood debut in 1995 with Barsaat. He will next be seen in Love Hostel.