Aashram Review: With Bobby Deol's Solid Presence, Prakash Jha's Digital Debut Is Nothing If Not Bingeworthy

Aashram Review: You know you are in Prakash Jha territory when politics, policing, reservation, the caste system are repeatedly invoked. 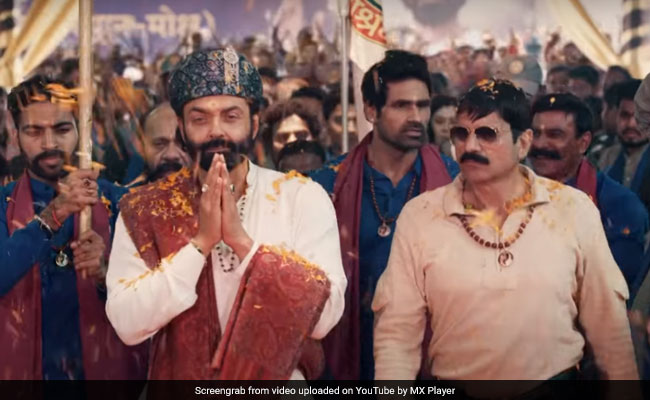 You know you are bang in the middle of Prakash Jha territory when politics, democracy, policing, encroachment of forest land, reservation, the caste system - yes, the whole jingbang and then some - are repeatedly invoked in a story crammed with dizzying twists and turns. In Aashram, an MX original series that packs quite a punch, the veteran producer-director adds religion to his pet panoply of socially grounded themes and not a day too soon.

Aashram is Jha's first full-fledged foray into the web space. He uses the length and leeway that the medium allows to reflect upon the infiltration of blind faith into India's public life and its deleterious consequences. The nine-episode series rests on the theme of a manufactured personality cult. It explores the nuts and bolts of the bulwark of andh-bhakti (blind faith) from which a godman's power flows and gnaws away at the vitals of the heart of a society with multiple faultlines. 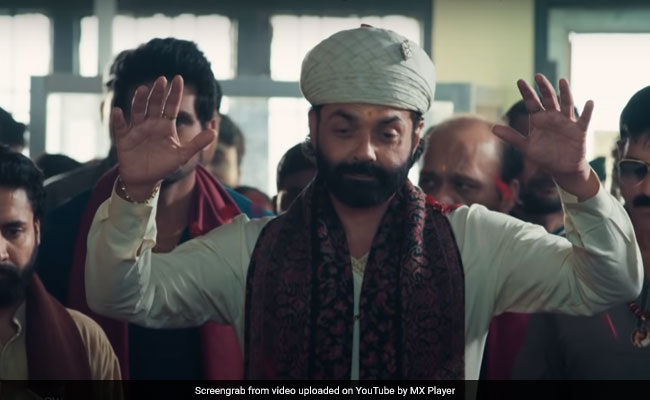 Aashram is, in a way, 'Paatal Lok' Plus. Here, the criminal nether-world has breached all separators and bubbled to the surface. It has now spilled not only into the political mainstream and the power centres, but it has also merged with the realms of the purportedly spiritual. A powerful 'holy' man with tremendous clout, a wily old chief minister in cahoots with corporate carpetbaggers and a former chief minister striving to regain his lost constituency play a dangerous game of one-upmanship where no ground rules exist.

At its core, Aashram is about faith, and not just of the religious kind, and its fallacies. A phenomenally busy plot (screenplay: Kuldeep Ruhil) gallops along at a fair clip as a wide variety of characters pop in and out of this parade of the putrescent. The balance is heavily in favour of malign forces represented by compromised policemen and marauding murderers. A handful of truth and justice seekers who still believe in the system and the Constitution face insurmountable hurdles as dig their heels in.

Given the climate we live in, the producer-director is forced to go with a long disclaimer asserting that he has no intention of belittling genuine saints and that the story of Aashram (credited to filmmaker Habib Faisal) centres on one fake godman who abuses the power of religion to control millions of minds to serve his own ends. "Baba updesh (sermon) nahi sandesh (message) dete hai," says the Babaji whose writ runs in this neck of the woods. For his followers, one is indistinguishable from the other. 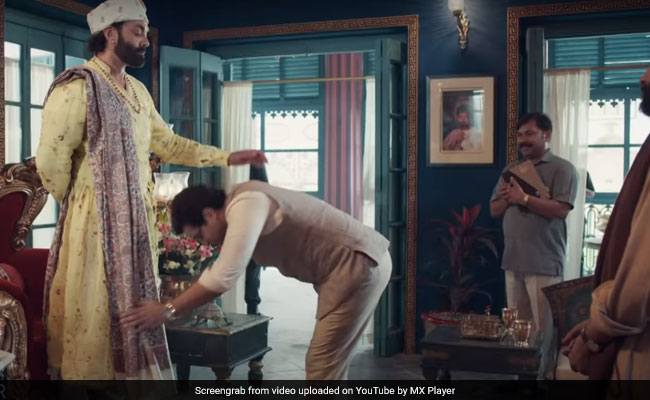 Aashram, filmed primarily in Ayodhya and areas around it, ends with the promise of an infinitely more dramatic Season 2. The series is already epic in sweep and scale. It is a sprawling saga that straddles a wide range of themes predicated on the murder of a young girl in 2007. The story, which plays out over a period of more than a decade, has at its centre a spiritual leader who spouts pop philosophy at the drop of a hat and has 44 lakh unquestioning disciples who greet each other with either "japnaam" or "Babaji ki sada hi jai" Bizarre but believable!

The role of this baba who, through calculated moves, emerges as a messiah of the poor and the oppressed is played with elan by Bobby Deol. He has a trusted aide in Bhupinder alias Bhopa (Chandan Roy Sanyal). The latter doubles up as his trouble-shooter, hitman and key interlocutor. It becomes amply clear quite early that the two old friends run the cult like a mafia outfit although their true colours take a while to be fully revealed. In fact, going by the teaser of Season 2, what we get here is only the tip of the iceberg.

The opulent ashram out of which "Kashipur wale Baba" operates is the nerve-centre of the action, but it is by no means the only focal point of the story. It has several, but all of them directly or indirectly feed into the activities at the ashram.

A Dalit girl Pammi Lochan (Aaditi Phankar) is a champion wrestler but she has to reckon with constant discrimination in and outside the ring. Her brother, Satti (Tushar Pandey), a simple-minded, mild-mannered accountant, stands up for her, but he is pushed around with impunity by upper caste oppressors. 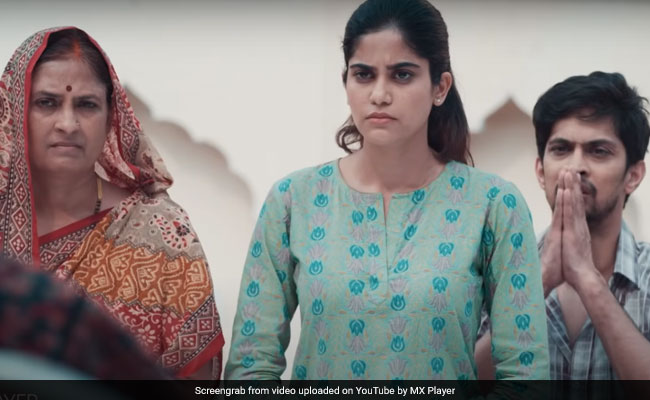 Aashram Review: A still from the show. (Image courtesy: YouTube)

The screenplay yanks plot elements out of newspaper headlines to drive home the scourge of deeply entrenched caste prejudices. A lower-caste groom dares to ride a horse through an upper-caste locality on his way to his wedding. Violence erupts and Pammi's brother ends up in hospital. Later in the show, a Dalit ashram inmate with a handlebar moustache, narrating how he ended up at the feet of the Babaji, says of the victimisation he faced because of his refusal to sacrifice his prized tash.

Caste tensions are implicit in the local police station as well. Sub-inspector Ujagar Singh (Darshan Kumaar) is contemptuous of a colleague who he believes has benefitted unfairly from the job reservation system. But he eventually makes common cause with a Dalit constable Sadhu (Vikram Kochchar) in his mission to get to the bottom of a murder case in which the needles of suspicion point towards the ashram.

Ujagar enlists the support of another man who he treats with disdain to begin with, local cable news journalist Akki Rathi (Rajeev Siddhartha), but finds himself repeatedly thwarted by his superiors, who are bent upon stonewalling the case.

The socio-cultural landscape portrayed in Aashram is, unsurprisingly, loaded against women. Many are shabbily treated in the women's hostel that is a part of the ashram, but the series, apart from Pammi, has at least two other women - Natasha Katiyar (Anupriya Goenka), a doctor who specialises in autopsies, and Babita (Tridha Choudhury), a former prostitute who marries an ashram inmate in a mass wedding - who are determined to fight back despite the obstacles that lie in their path.

In the opening, pre-credits segment of Episode One, Pammi uses a washing paddle to pummel the hostel warden and two ashram goons. At the end the ninth and final episode of Aashram, after a lot of water has flown down the Sarayu and eight other episodes (with titles derived from religious rituals, from 'Pran-Pratisthan' to 'Shuddhi-Karan') have unspooled, we are none the wiser about why the young girl is convulsed with rage. We are told Season 2 will deliver the full picture.

Aashram is nothing if not bingeworthy. That it hardly ever pauses for breath could be seen as either a strength or a weakness depending upon what you expect from a web series. But there is no denying that Prakash Jha's digital debut is ambitious, provocative and action-packed. It has an incessant, eyeball-grabbing crackle to it.