"The scale of Blockbuster is huge and multi-starrers always connect well with audiences," said Sanjay Dutt 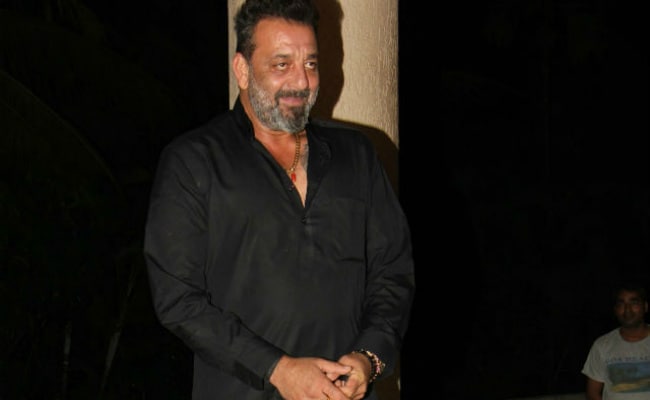 New Delhi: Sanjay Dutt is in no mood to stop - the 58-year-old actor has signed a new film titled Blockbuster, which will go on floors in April, said IANS. The comedy will have an ensemble cast (details about which are not available yet) and will be helmed by new directors Ajay Arora and Lovely Arora. "I have always loved doing comedy. It is the genre that makes me feel at home. The scale of Blockbuster is huge and multi-starrers always connect well with audiences," Sanjay Dutt said in a statement, reported IANS. Sanjay Dutt is the star of hit comedy projects like the Munna Bhai and Dhamaal series of films.

Sandeep Singh, who will be producing the movie, told IANS why they had to rope in Sanjay Dutt for the part. "There are few people who can make you laugh like he does. It's not just his timing that is perfect. It's the expressions he gives that are hilarious. It's wonderful to be working with Ajay and Lovely who bring years of experience and creativity to Bollywood," he said.

The directors said that they are looking forward to the Sanjay Dutt-film to be a landmark project in their career, just like directors who debuted with the Khalnayak actor. "All the directors from Rajkumar Hirani to David Dhawan who have debuted with Sanjay have had fabulous success. We are very excited and even more so because it's Sanjay that we would be directing for our debut," the filmmakers said in a statement.

Mauritius is the primary location where Blockbuster will be shot. Apart from Blockbuster, Sanjay Dutt also has historical drama Panipat and romantic thriller Malang in the pipeline. He was last seen in Bhoomi.