"This time it is a story about what led to the Third Battle of Panipat," Ashutosh Gowariker tweeted 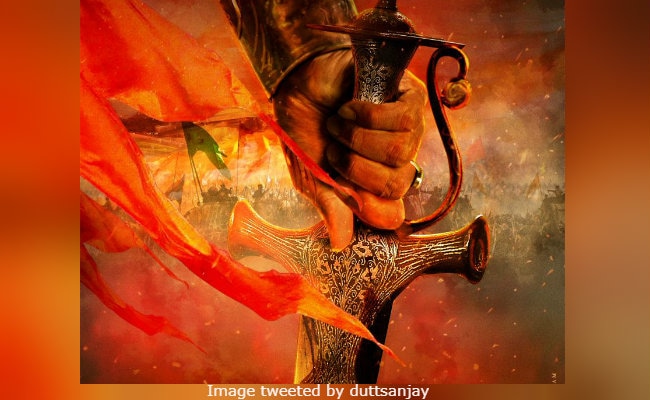 New Delhi: Sanjay Dutt shared the details of his new film Panipat along with a teaser poster on Twitter and we are absolutely thrilled. Directed by Ashutosh Gowariker, Panipat also includes names like Arjun Kapoor and Kriti Sanon in the cast. "Looking forward to be a part of this one," tweeted Sanjay Dutt while the director added: "Historical dramas have always fascinated me. This time it is a story about what led to the Third Battle of #Panipat." Ashutosh Gowariker's brother, celebrity photographer Avinash Gowariker also tweeted saying: "A storm is coming... The first teaser visual of #Panipat is absolutely stunning!"

Looking forward to be a part of this one #Panipat@agpplofficial#sunitagowariker@AshGowariker@visionworldfilm#rohitshelatkar@arjunk26@kritisanon#PanipatTeaserPosterpic.twitter.com/xTyb1AMaaD

About zeroing in Arjun to co-star with Sanjay Dutt for the movie, Mr Gowariker told IANS: "What impresses me most about Arjun, apart from his fine performances - is his dynamism. He has played double roles twice, and he has portrayed an action hero as well as a lover boy."

The director added that there were no doubts about casting Sanjay Dutt: "I have shared screen space with Sanjay in Naam, which was a memorable co-acting experience and now it will be great to direct such a versatile and immensely talented actor as him."

Mr Gowariker is also pretty "excited" about Kriti Sanon being part of the movie: "I needed someone really beautiful as well as a good performer, and Kriti is both. The eclectic combination of these three is a first for me, and I look forward to this exciting journey with them called Panipat."

Promoted
Listen to the latest songs, only on JioSaavn.com
Sanjay Dutt also has Saheb, Biwi Aur Gangster 3 in the pipeline while Kriti is shooting for Arjun Patiala. Arjun will next be seen in Sandeep Aur Pinky Faraar.