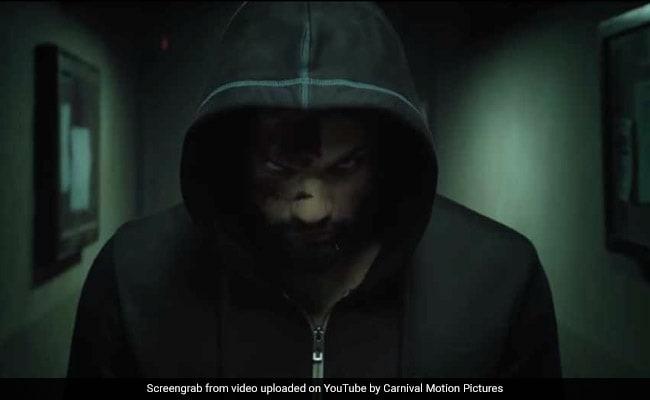 Karan Kapadia in a still from Blank. (Image courtesy: YouTube )

Blank, which will launch Dimple Kapadia's nephew Karan Kapadia in Bollywood, appears to be an engaging thriller, going by the trailer of the film which released on social media on Tuesday. The film also stars Sunny Deol, who plays the role of a cop tasked with interrogating an alleged suicide bomber (played by Karan Kapadia), who was caught apparently after one of his plans foiled. The twist in the interrogation drama is that the suicide bomber claims he doesn't remember anything about his life before the accident. Is he telling the truth or is trying to get the best of the cops?

Watch the teaser of Blank here:

Karan's cousin Twinkle Khanna, who an actor for a few years in the Nineties, shared the teaser on her Instagram page and wrote: "An extremely bold choice for a debut, check out the intensely thrilling Blank teaser now."

An extremely bold choice for a debut, check out the intensely thrilling #BlankTeaser now. My brother @karankapadiaofficial in #Blank releasing on 3rd May @blankthefilm

Karan Kapadia is the son of Dimple Kapadia's sister Simple, who was an actress and a National Award-winning costume designer (for Rudaali). Simple Kapadia has featured in films like Anurodh, Jeevan Dhara, Hum Rahe Na Hum and Dulha Bikta Hai.

Blank is directed by newcomer Behzad Khambata, who assisted Umesh Shukla on OMG! Oh My God and he was also the associate producer of 2017 film Behen Hogi Teri.

The film also stars Ishita Dutta (Drishyam and Firangi) while Karan's brother-in-law Akshay Kumar has reportedly been roped in for cameo appearance.

The trailer of Blank will release on April 4 while the film will open in cinemas on May 3.