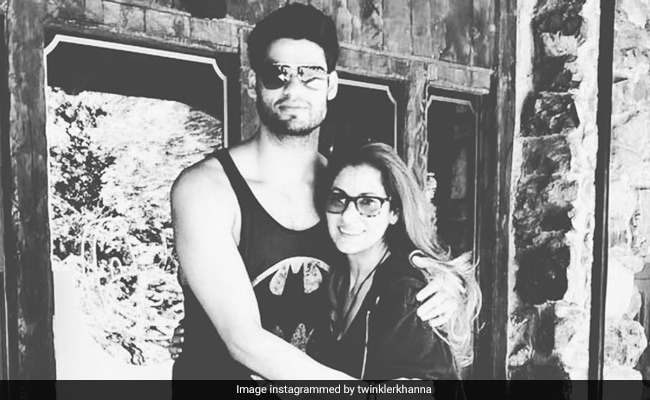 On her cousin Karan Kapadia's birthday, Twinkle Khanna shared a heart-warming post on social media. Just a day ago, Twinkle Khanna's son Aarav turned 18. To wish her cousin, Twinkle posted a picture of the birthday boy and her mother, actress Dimple Kapadia and wrote: "Happy birthday, Karan Kapadia. Missing you! #birthdayboy." The black and white photograph features Karan hugging aunt Dimple while posing for the camera. The senior actress can be seen sporting a t-shirt, trousers and a jacket while Karan can be seen wearing a sleeveless t-shirt and what appears to be cargo trousers. Check out the post here:

Karan Kapadia is the son of Dimple Kapadia's sister Simple Kapadia, who has also featured in movies like Pyaar Ke Do Pal and Anurodh. Karan made his Bollywood debut last year with the film Blank, co-starring Sunny Deol and Drishyam actress Ishita Dutta.

Thank you everybody for the birthday wishes and love and a special shoutout to those who made this day extra special, you know who you are. Love you guys

Twinkle, a former actress, is now an author, a columnist, an interior designer and a producer. She married actor Akshay Kumar in the year 2001. Dimple Kapadia was last seen in Christopher Nolan's film Tenet, which opened in select cinemas last month.