"I know there are lakhs of people coming to Mumbai to become actors," said Renee Sen 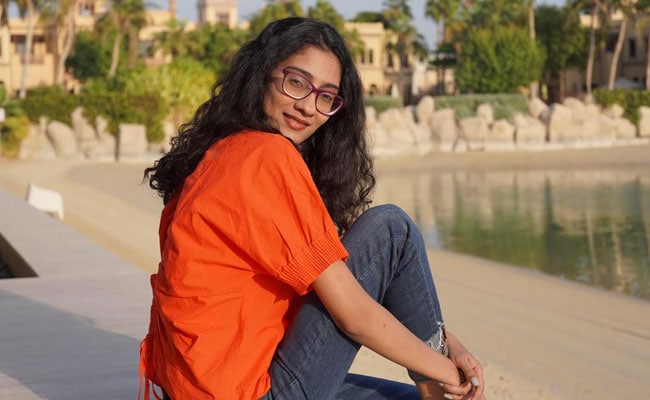 Renee Sen made her acting debut with Suttabaazi.

Actress and former Miss Universe Sushmita Sen's 21-year-old daughter Renee Sen is following in her mother's footsteps and has made her acting debut in a short film titled Suttabaazi, directed by Kabeer Khurana. In an interview with NDTV, Renee, the elder of Sushmita Sen's two daughters, said. "Acting was always my plan but 'Suttabaazi' happened suddenly. I started preparing to become an actor during the lockdown. I wanted to use that time because I was aware that if suddenly things start booming, I won't get this time again."

Renee Sen explained that she was not looking out for a film and that it came to her through her old friend and filmmaker Kabeer Khurana. "Kabeer, who has directed this, is my school friend. We got in touch and we chatted like friends who were catching up, I did tell him about my plans of becoming an actor. I was not saying this to him to get a script out of him. After that he sent me his script, I still thought that he wants my opinion on it. He then told me he wants me to audition for it, I was shocked! I asked him if he was sure if he wants me for the role because I have never acted. I asked Mom and told me I should do it if this is what I want to do."

In Suttabaazi, Rene plays a social media influencer. In real life she is quite different from her character Diya, she says. "Youngsters will relate to this because a lot of them are influenced by social media. At our age, we are so naive that we think social media is the be-all of our lives and that is not true. My character in the film lets social media affects her, I don't. I take breaks from social media when I want to," Renee told NDTV.

And finally, she also spoke about being the daughter of Sushmita Sen and how privileged she is to get into the movie business. "I am aware of how privileged I am. I know there are lakhs of people coming to Mumbai to become actors. I don't want to boast but being her daughter has been the biggest privilege. So, the biggest disservice I will do if I am dishonest to my work. My mother always says that you must be deserving, and you cannot just take someone's place because you are my daughter, if you don't earn it then don't be in it. I am very lucky, and I have to earn being here every day," Renee Sen said.

Sushmita Sen, star of films such as Main Hoon Na and Filhaal, adopted Renee in 2000 and younger daughter Alisah in 2010. The 45-year-old actress made headlines last year with her critically acclaimed performance in the web-series Aarya.