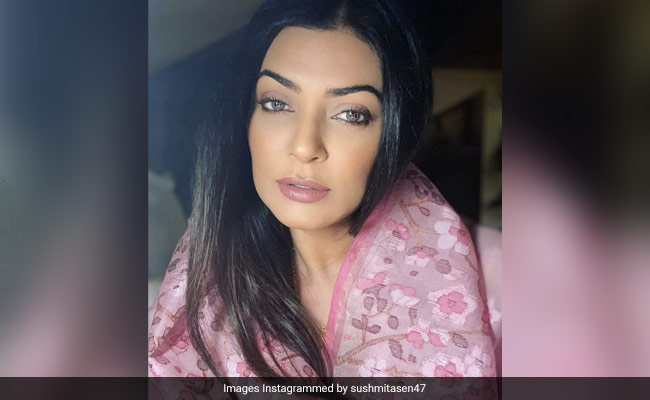 Sushmita Sen, on her Instagram profile on Monday, announced that her daughter Renee's verified Instagram account has been hacked. The actress wrote that Renee will start afresh and posted a screenshot of the hacked account. She wrote in her post: "Please note, my daughter Renee's Instagram account has been hacked by some idiot, who doesn't realise yet that Renee is happy to begin anew." She added, "I feel bad for the guy. Keeping you all posted." She added the hashtags #solareclipse, #randomchaos and #newbeginnings to her post and signed off the post, writing, "I love you guys." Take a look at what Sushmita Sen posted:

Sushmita Sen's daughter Renee, 21, recently made her acting debut with a short film titled Suttabaazi. On her daughter's acting debut, an excited Sushmita Sen wrote: "What a feeling to see my little Shona take brave steps towards her dreams...to have the courage do so, all on her own! Here's wishing Kabeer Khurana and the entire cast and crew of Suttabaazi every success. I love you, Renee. What a natural performer... keep growing, learning and enjoying... May you always earn respect first." Sushmita Sen is also a single mom to daughter Alisah - Sushmita adopted Renee in 2000 while Alisah joined the family in 2010.

Sushmita Sen was crowned Miss Universe in 1994. She made her Bollywood debut in the 1996 film Dastak. She has featured in films such as Biwi No 1, Do Knot Disturb, Main Hoon Na, Maine Pyaar Kyun Kiya and Tumko Na Bhool Paayenge and No Problem. She made her comeback with the web-series Aarya, which is streaming on Disney+Hotstar.