The Suttabaazi trailer opens with an introduction to Renee Sen as a rebellious teenager - the spunky and sassy Diya Kumar. 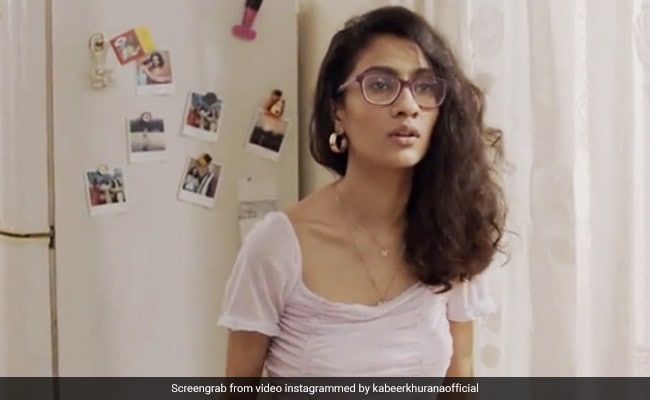 Renee Sen in a still from Suttabaazi trailer

Sushmita Sen's daughter Renee Sen has stepped into the world of acting with a short film titled Suttabaazi. The trailer of Renee Sen's acting debut was shared by director Kabeer Khurana on Instagram. "Coming soon," says the trailer. Keeping the title in mind, the poster of Suttabaazi comes with the disclaimer: "Smoking is injurious to health." Having said that, the trailer opens with an introduction to Renee Sen as a rebellious teenager - the spunky and sassy Diya Kumar. Actor Rahul Vohra makes an appearance as Diya's father Mihir Kumar while Komal Chhabria plays the role of Diya's hot-tempered mom Savitri Kumar. From the trailer, it appears that Diya and her mom do not really see eye to eye and Mr Kumar is caught in the crossfire.

Suttabaazi appears to be set in current times as Diya makes her frustration quite apparent about dealing with never ending online classes. As the name suggests, there's a glimpse of Diya sneakily smoking in the washroom and then spraying room-freshener in order to avoid getting caught. In a previous post, director Kabeer Khurana had written that his short film is somewhat about: "Together, questioning the morality of cigarettes."

Renee Sen began filming Suttabaazi in October. It is expected to release on an OTT platform soon. Watch the trailer of Renee Sen's Suttabaazi here:

Meanwhile, Sushmita Sen made a comeback as an actress with her web-show Aarya earlier this year. She's a single mom to Renee and Alisah - she adopted Renee in 2000 while Alisah joined the family in 2010. Sushmita Sen is dating model Rohman Shawl, with whom Renee and Alisah share a great bond.