Bigg Boss OTT: Another Day, Another Fight Between Pratik Sehajpal And Divya Agarwal

Apart from Pratik, Neha Bhasin and Raqesh Bapat made it to the semis 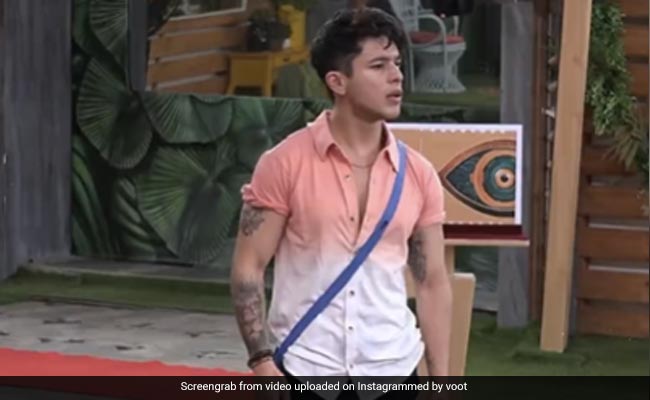 Bigg Boss OTT  contestant Pratik Sehajpal and rules don't seem to go hand in hand. We have often seen Pratik moulding them as per his convenience. Something similar happened during the semi-finals round of the “Ticket To Finale” task. Apart from Pratik, Neha Bhasin and Raqesh Bapat made it to the semis. Neha was up against Divya Agarwal, who earned a direct entry. On the other hand, it was Pratik vs Raqesh. This time, the rule stated that two of the four participants will make it to the final and the winner will get the “Ticket To Finale”. Simple, right? But things didn't go as planned.

As soon as the buzzer was pressed, Pratik Sehajpal throws Raqesh Bapat's jar of water and picks his one and runs away. Well, sorry to say but Pratik got it all wrong. Let us also recall the initial rule - the contestants will have to lift their respective jars first. Remember? Housemates were also not happy with what Pratik did. In the end, Moose Jattana, who was hosting the round, announces Raqesh as the winner. Pratik didn't like it and calls it a “ biased” decision. He then throws his microphone on the ground and tells Bigg Boss that he is not going to wear it.

Seems like Pratik forgot who is the boss of the house. After watching everything, Bigg Boss tells Pratik because of his behaviour and attitude he is “stopping the “Ticket To Finale” task”. This didn't go down well with finalist Divya Agarwal. A frustrated Divya asks Pratik, “Are you happy now?” To which, Pratik replies with a firm yes. Calling him a coward, Divya says, “Because of you I lost such the chance.”

What will be Pratik Sehajpal's next move? Any guesses?