The third week of the game gave contestants a chance to change their connections and start afresh. However, the task saw a couple of heartbreaks 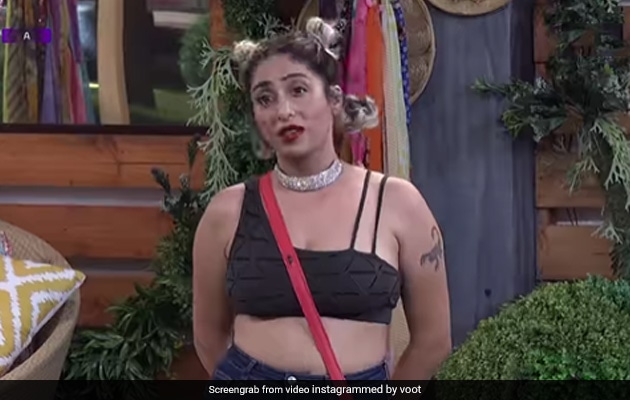 Neha Bhasin in a still from the show. (courtesy voot)

A new drama unfolded on Bigg Boss OTT. The third week of the reality show gave contestants a chance to change their connections and start afresh. The task did not run smoothly and we saw a couple of heartbreaks. The women were given some heart-shaped cutouts, which they gave to their connections. The men had the choice to accept it and remain in the old connection or break the heart and switch to a new one. When actress Akshara Singh gave her heart to her connection Pratik Sehejpal, he at first accepted it. But later, Pratik broke Akshara's heart by saying, "Mujhe lagta hai ki abhi main iss heart ko nahi accept kar paunga kyuki mera dil nahi maan raha (I think, right now, I won't be able to accept this heart because my heart doesn't want it)."

Pratik Sehajpal tried to justify himself while Akshara Singh sniffed and held back her tears. Pratik added, "Aur main woh cheez nahi kar sakta jo mera dil nahi maanta (I cannot do something which my heart doesn't allow me to do)." Pratik folded the heart cutout and dumped it in a bin right in front of Akshara.

For two consecutive rounds, Akshara Singh gave hearts to Pratik Sehajpal and said she would support him at any cost. However, Pratik changed his mind when Neha Bhasin broke her connection with Millind Gaba and gave her heart to Pratik. Meanwhile, Akshara chose Millind Gaba as her new connection.

Most fans on Instagram commented in support of Akshara Singh. One wrote, "Stay strong, Akshara. We all are with you." Another said, "I was supporting Pratik till now. He did the most stupid thing ever by breaking the connection with Akshara. He dug his own graveyard." A user pointed out, "Akshara ne starting se support kiya tha Pratik ko [Akshara has been supporting Pratik right from the start]. Wrong decision Pratik."

So, are you happy with the new connections?