Sidharth Shukla, who was the winner of Bigg Boss 13, had appeared on Bigg Boss OTT just days before his death 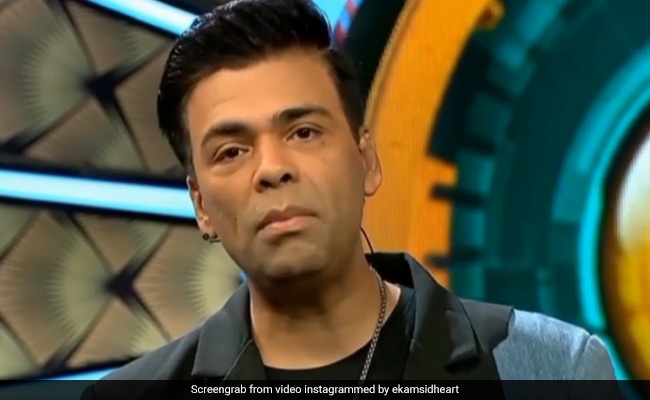 As fans and colleagues are still coming to terms with the tragic death of actor Sidharth Shukla, tributes are continuing to flow in from all quarters. Director-producer Karan Johar, too, paid tribute to the late actor on the Sunday Ka Vaar episode of Bigg Boss OTT. Sidharth Shukla, who was the winner of Bigg Boss 13, had appeared on Bigg Boss OTT just days before his death. He had appeared on the show with his rumoured partner, actress Shehnaaz Gill and had engaged in some fun sessions with Karan Johar and the contestants. The tribute was presented in the form of a video of Sidharth Shukla's moments in the Bigg Boss house during the 13th season.

Choking as he spoke, Karan Johar said that he was numb after hearing the news. He said, “This is something we are all still finding hard to believe. It is like I am numb, I can't even believe it. Sid was a good son, a great friend and just an amazing guy to be around and be with. His positive vibe and his smile, that smile, won so many millions of hearts,” he added.

Karan Johar further said that Sidharth Shukla's crores of fans were proof that he was a lovable person. “You shall be missed, Sidharth Shukla. We will miss you.”

Addressing the audience, he said, “You and I, we all need great strength to carry on the show. But the show must go on,” adding that it was what Sidharth Shukla would have wanted too.

The tribute that was aired as part of Sunday's episode was shared widely by fans on social media. Take a look at the clip shared by a handle named “Ekam Sid Heart”.

One of Sidharth Shukla's last appearances onscreen was on Bigg Boss OTT. He was also seen as a guest on the reality show Dance Deewane 3. He was accompanied by Shehnaaz Gill on both shows.

Sidharth Shukla died of a heart attack on September 2. He was 40 and is survived by his mother and two sisters.