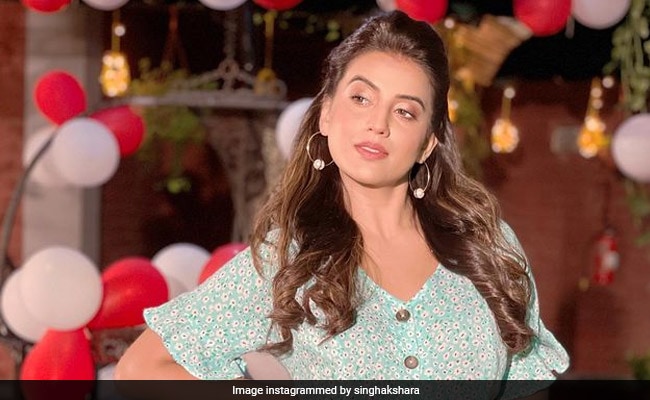 Bigg Boss OTT contestant Akshara Singh often gets into fights with her co-contestants. Now, she has got into a brawl with the new BossMan of the house, Zeeshan Khan. It all started when Zeeshan and new BossLady Divya Agarwal planned to rearrange everyone's luggage. While most contestants accepted the plan, it did not go down well with Akshara. When Zeeshan reproached Akshara for shying away from her kitchen duties, she argued about the reshuffling of her possessions. She rushed into Zeeshan's room while saying, "Aiye dikhate hain apko captain banana kisko kehte hai (Let me show you how to be a captain)." Akshara picked Zeeshan's boxes of clothes and threw them on the floor. She kept saying, "Samaan fekoge? Lo, feko (Want to throw my stuff? Here, throw)."

Zeeshan Khan and Akshara's connection, Pratik Sehajpal, followed her into the room. Pratik tried to stop her from creating a mess in the house but he could not calm her down. Meanwhile, Zeeshan shouted, "Yeh na khana banayegi, na koi ishe khaney dega. Jo isko khana dega, woh bhi nahi khayega (She'll neither cook nor get food. If anyone gives her food, they will also not get anything to eat)."

In a cheeky caption, Voot wrote, "Itne samaan fekne ke baad, kya Akshara ko feku bol sakte hai (Since Akshara has been throwing so much stuff, can we call her 'feku')?" Bigg Boss OTT fans shared their take on Akshara Singh's "feku" name. Some supported Zeeshan Khan's stand in the argument and accused Akshara of playing the woman card. However, others commented against Zeeshan's remark on food. One user wrote, "Who is he to decide kisko khana milega, kisko nahi (Who is he to decide who gets food and who doesn't)."

The quarrel between Zeeshan Khan and Akshara Singh saw no resolution. We'll have to wait and watch where it takes the two contestants on Bigg Boss OTT.