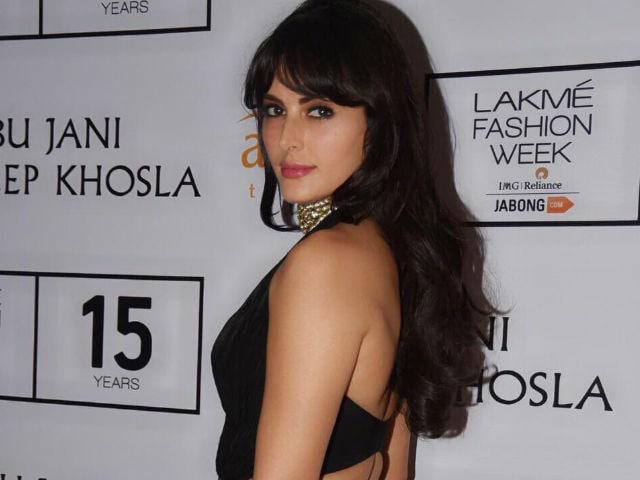 This image was posted on Twitter by Mandana Karimi

Mumbai: Iranian actress Mandana Karimi, who is participating in Bigg Boss 9, said that she is not looking for a career push through the reality show.

Mandana, who made her Bollywood debut with Bhaag Johnny this year, said that she has her kitty full with interesting projects and her sole motive to be a part of the Salman Khan-hosted show is to connect with the Indian audience. "I don't want a push to my career. I don't crave for visibility and I am not looking for job offers. I have good films, which include Ekta Kapoor's Kya Kool Hain Hum 3. My only reason to join this show was to connect with my fans," Mandana told PTI. (Also Read: Rimi Sen on Her Bigg Boss 9 Game Plan)

"People in India love Bigg Boss and I will get an opportunity to show myself to the people," said the actress, whose father is an Indian. The Tehran-born model-actress said she never had apprehensions about being a part of Bigg Boss and is grateful to have been approached for it.

"It is a great show. It is the biggest show. And also it is being hosted by one of the most loved celebrities in India, Salman Khan. I am really grateful." This season of Bigg Boss has many TV celebrities like Roopal Tyagi, Ankit Gera, Kishwar Merchant, Aman Verma and Prince Narula, who are very well-known. (Also Read: Big Boss House is Fifty Shades Brighter This Time)

"I don't think TV people have an advantage. I think perception about you changes every single day when you participate in 'Bigg Boss'. There is no disadvantage for me. I want to be loved by people in India," said Mandana, when asked if being a newcomer is a disadvantage for her. (Also Read: Bigg Boss 9 Will be My Major Comeback: Aman Verma)