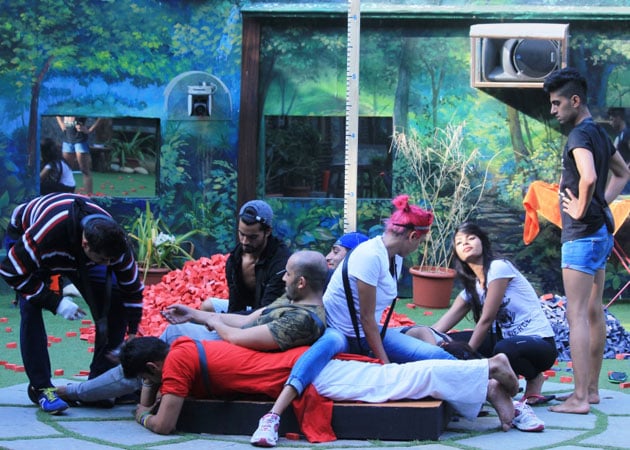 New Delhi: Actor Puneet Issar was disqualified from the controversial celebrity game show Bigg Boss 8 following his violent tussle with fellow contestant Aarya Babbar. The actor's act was deemed unpardonable and he was asked to vacate the premises immediately.

The following day started on a somber note, as Bigg Boss' stern decision had all the contestants in shock. But the show went on. Following Puneet's dismissal, Bigg Boss restarted the task called Unchi Hai Bulding with the same teams.

Aarya did not participate in the task whole-heartedly citing backache, but he sat down on a wooden panel opposite the wheel. Karishma Tanna also joined Aarya at the panel. 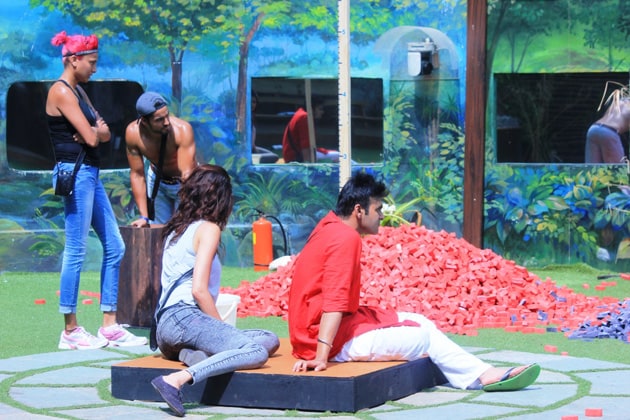 Sonali Raut and Gauatm Gulati tried there level best to complete the task amid the confusion and chaos created by Praneet Bhatt, Ali Quli Mirza and Diandra Soares.

Drama and ruckus ensued when Team B started with the construction. While Pritam tried to stop Ali from rotating the wheel, others converged on the construction site to distract the team from completing the task. While Aarya, Karishma, Diandra and Praneet tried to build the blocks, the rival team in an attempt to stop them, created a commotion by falling on top of each other. As a result Karishma, Pritam, Gautam and Diandra got hurt. But no one took offence as the game was played in high spirits and a friendly fashion. 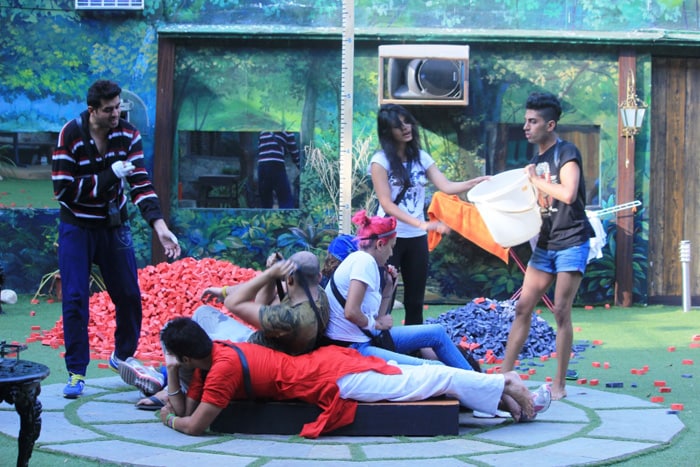 Captain Upen Patel declared Team B (comprising of Diandra, Karishma, Aarya, Praneet and Ali) as the winner. However, he asked Bigg Boss to take the final call.

After the completion of the task, the contestants gathered around to watch Puneet's apology via a video message. Watch this space for more updates.
Promoted
Listen to the latest songs, only on JioSaavn.com