Bigg Boss 8: Lovebirds, a Fight and a Broken Mirror 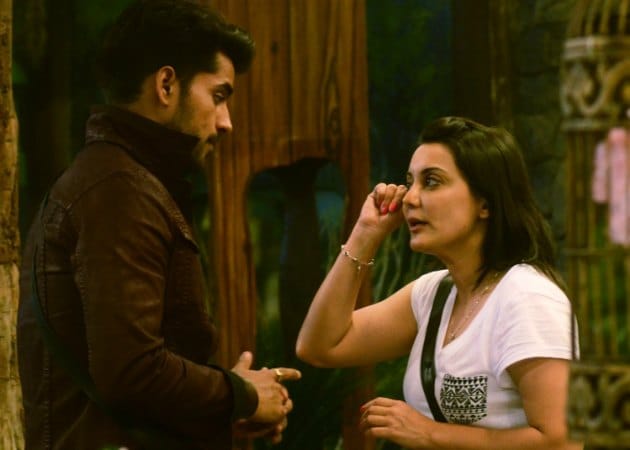 The Bigg Boss housemates began Day 16 with a rather tuneful wake up call - Dilli Wali Girlfriend from hit film Yeh Jawani Hai Deewani. Bigg Boss, who had punished everyone the previous day by prescribing dal-chawal for a week, decided to give them another chance by way of a task.

Promoted
Listen to the latest songs, only on JioSaavn.com
In the Luxury Budget task, the housemates were divided into two families, Babbars and Lambas, headed by Aarya Babbar and Minissha Lamba. Upen Patel and Sonali Raut were to pose as a couple in love and complete five tasks set by Bigg Boss. The Lambas were to help the lovebirds, the Babbars were to hinder them.

Part one of the task involved Upen taking Sonali on a romantic date followed by a ball dance in the pool. In the third part of the task, Upen and Sonali had to lock themselves in the restroom for 10 minutes. Sonali then had to prepare haldi wala doodh or milk mixed with turmeric for Upen, but wasn't allowed to serve it to him till bedtime. The final part of the task involved a set of bangles that the Babbars had to guard and the Lambas had to steal for Sonali to wear. 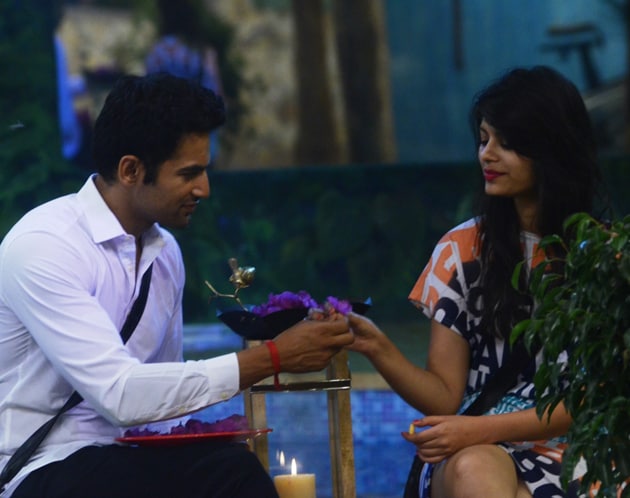 In the absence of instructions about behavior from Bigg Boss, certain out-of-control housemates ended up destroying some of the in-house property. While Aarya broke the bathroom door, an aggressive Puneet Issar kicked a garden table, upending the food laid out by the Lambas for Upen and Sonali's date. In the process of stopping Minissha from completing the task, Karishma and Soni managed to push Deepshika so hard against the restroom mirror that it broke and injured the actress. 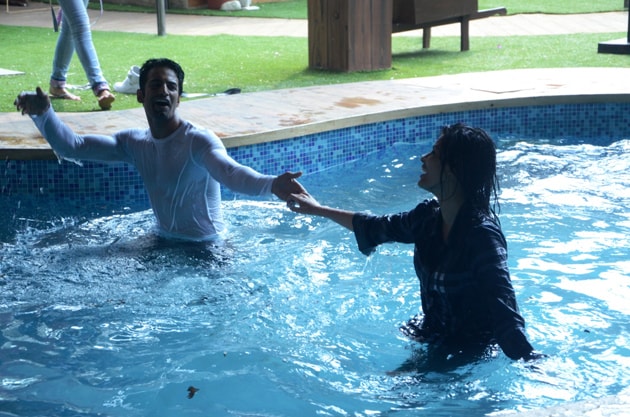 Their belligerence prompted Natasha to ask Bigg Boss if she could go home. The day ended with Natasha being pacified by Bigg Boss after a short conversation and the Lambas completing the set tasks.