Bigg Boss 3 Tamil, Day 32 Written Update: The Village Task Brought Out The Bitter Sweet Side Of The Contestants

Bigg Boss 3 Tamil, Day 32: As a part of the task, the contestants showcased their talents 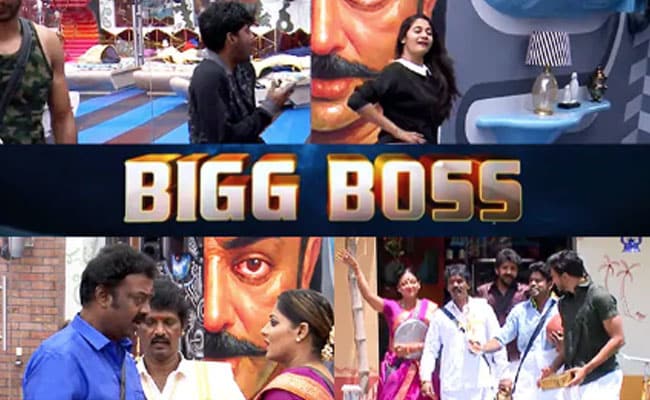 A still from Bigg Boss 3 Tamil.

The 32nd day of Bigg Boss started with the song 'Aadungada Machan Aadungada...' from the film Nadodigal, symbolising the song scenario, the day was on a celebratory mode. As a part of the first activity of the day, Saravanan explained his co-mates how they should look after children in their real house. Saravanan being the eldest in the house recalled his happy time with his children and taught the housemates how to look after their kids.

Before the start of the village task, the housemates were seen to be discussing about the previous day. Reshma was seen talking to Madhumitha about the Cheran issue, where she was seen talking about how Cheran showed his anger towards her and then subsequently apologised for his action. Losliya was seen requesting Kavin to nominate her as this week's worst performer.

The village task began and the village minor Saravanan narrated a story to the Varuthapadatha Valibar sangam members, where he explained that Pampupatti head and Keeripatti head are couples and Losliya is their child. The VVS members Kavin and Sandy told the story in front of the village and Cheran and Madhumitha showcased their acting talent by carrying out the story scenario.

All was well until the usual the troublemaker Meera started to create a scene in the house. This time, the scapegoat for Meera was Cheran. Cheran so far who was seen as a strong character in the Bigg Boss house broke down into tears. Courtesy - Meera.

Meera was not in a mood to calm down. Even when all the housemates asked Meera to stay quiet, she showed no signs of calming down.

Eventually, when the situation was back to normal, what followed suit was a festival of Pampupatti and Keeripatti village. Both the village people showed their dancing, acting and singing talent in this festival.

The 32nd day would have been a festival day but Meera being Meera, played spoilsport and made Cheran burst into tears. Will Meera get eliminated this weekend or will she continue to be the chief troublemaker of the Bigg Boss house in the following days? We will get to know this Sunday.