Bigg Boss 3 Tamil: Meera was the most nominated name for elimination. Meera received 11/15 votes followed by Saravanan who received 7 votes. 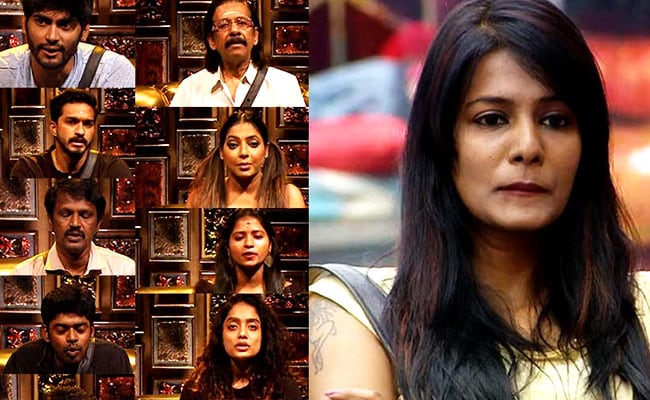 A still from Bigg Boss 3 Tamil

Day 22 in the Bigg Boss house began with a misunderstanding between Mohan and Saravanan. Saravanan was seen making fun of Mohan over a cup of coffee and Mohan who didn't take the banter in a light hearted tone, broke down in tears. Saravanan apologized to Mohan and all was well between them.

Being the first day of the week, the housemates were called upon to nominate the inmates for elimination. Meera was the most nominated name for the elimination. Meera received 11/15 votes followed by Saravanan who received 7 votes. Cheran, Mohan and Abirami received 3, 2, 2 votes respectively.

The reason that was voiced for Meera's nomination was that she says something at one time and exactly the opposite at another. In previous weeks, the housemates were furious over Madhumitha who surprisingly escaped the nominations this week.

What followed next was the music show by Sandy - Kavin combo. The housemates caught in this mockery song were Meera and Reshma.

When asked whom Abhirami felt was the biggest hurdle for her inside the house, she too took Meera's name.

Mohan: The person whom you are jealous of?

Losliya: Whom do you enjoy talking to?

Cheran: The person whom you couldn't forget in your life?

Saravanan: The trustworthy housemate in this house?

Abhirami: You felt blessed to befriend?

Reshma: The honourable housemate in this house?

Meera when asked whom she considers as a worthy opponent, she said it would be Dharsan.

The following days would relieve who are the real trustworthy, honourable, fierece competitors of the Bigg Boss house.