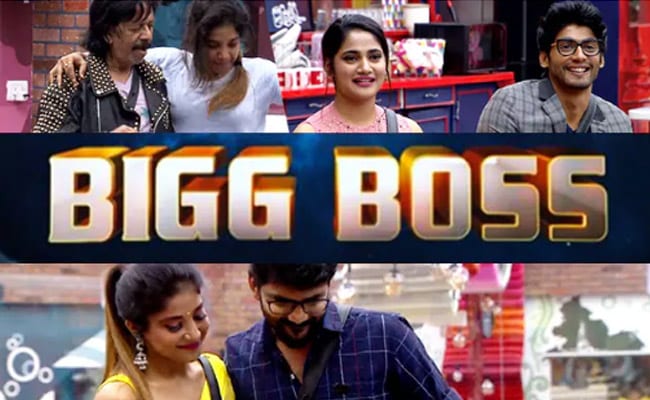 Drama. Emotions. Eviction. The weekend of Bigg Boss 3 was filled with a vary of emotions. With Abhirami, Cheran, Meera, Saravanan and Mohan on the eviction list, Reshma, Saravanan and Tharshan were selected to contest in the next week Captain's task. It was Reshma, who convincingly won the captain battle and she will be captaining the Bigg Boss house for the next week. Kavin - Sakshi saga, which preoccupied the whole week was recounted by Kamal Haasan. Kamal indeed warned Kavin not to play with the emotions of the girls. Sakshi received a surprise cake for her birthday. Further she was overwhelmed by the video played in the house, which featured her family and friends wishing her good luck.

Sakshi - Meera episode was brought to an end, courtesy - shortfilm showcased by Kamal. It was indeed Sakshi, who had suggested to arrange a meeting to discuss their dispute. It has to be remembered that the housemates were furious over Meera about this meeting issue and they assumed it was Meera, who had called for a meeting. But it was Sakshi, who had suggested for the meeting in the first place.

Kamal made fun of Kavin reminding him of the famous Goundamani - Senthil comedy of banana. This created a wave of humour in the house. On a serious note, Kamal asked Kavin not to play with the feelings of Sakshi and Losliya. Kavin apologized for his behavior and vowed not to repeat this.

What followed was the emotional part of the weekend - Eviction. With the inhouse people wanting Meera to be evicted, it came as a shock with people choosing Mohan to be evicted. Following Fathima Babu and Vanitha, Mohan is the third contestant to be evicted from the biggboss house.

Reshma being selected as the captain, the following days seem to be the toughest. With seniors Fathima, Vanitha and Mohan eliminated, there is going to be more drama, more emotions, more game plan among the youngsters.