Bigg Boss 3 Tamil: Losliya was seen taking a large share of the chocolate pieces. "Kavin and Dharsan gave their shares to me," said Losliya. 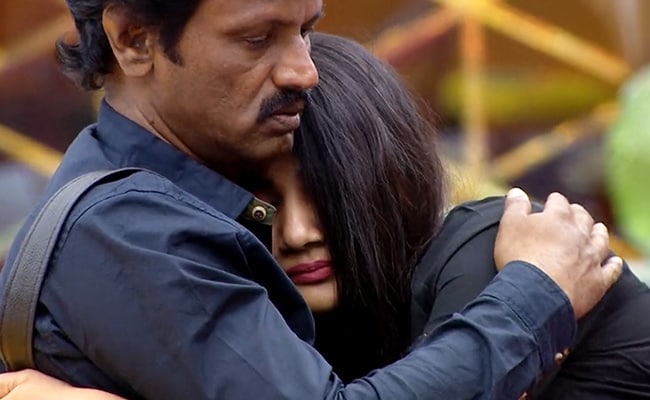 Bigg Boss 3 Tamil: A still from the show

Day 23 in the Bigg Boss house began with Abirami being assigned to make some business in the fish market set up inside the house. Moreover, she also taught her co-housemates how to sell fish. She was fairly successful in her attempt as by the end of the task Sandy, Madhumitha, Sherin and Meera were well versed in fish mongering.

The first trouble of the day came in the form of Mohan. Mohan who was part of the restroom cleaning team requested the house captain Sakshi to shift him to the cooking team. Sakshi felt shifting Mohan to the cooking team would invite unwanted controversy so Mohan was assigned to the vessel cleaning team. But Reshma objected to this and this led to a lot of confusion.

Bigg Boss surprised all the housemates by gifting them chocolates. But even this led to a fight. Losliya was seen taking a large share of the chocolate pieces. Sandy asked Losliya how come she got these many chocolates while other housemates had only a piece each. "Kavin and Dharsan gave their shares of chocolates to me," was the reply of Losliya.

This reached the ears of Sakshi who in turn showed her possessive side by igniting a fight with Kavin. Sakshi had given her chocolate to Kavin who in turn gave that chocolate to Losliya. This made Losliya burst into tears. Cheran tried to pacify Losliya.

The next happening in the Bigg Boss house was the 'Tik... Tik... Tik.' luxury task. Out of the 300 clocks kept in the activity area, only two of them will have their alarm switched on. The team of Meera and Sandy cheered for Cheran, who should find the clock and switch off the alarm within 10 seconds. If they are successful, they would be awarded 700 luxury points. In case if they exceed the time frame of 10 seconds, then for every 10 seconds after that, 100 luxury points would be deducted. Meera and Sandy were able to finish this task in 18 seconds and secured 600 luxury points.

This same task was done by the team of Mugen and Reshma as Saravanan cheered them on. The only change is that 4 alarms were set among the 400 clocks and the given time frame was 20 seconds. Having successfully completed the task in 28 seconds, this team too earned 600 luxury points.

But this too created a stir in the house in the form of Meera. Jokingly Kavin said a phase which didn't go well with Meera. This led to the discussion among Sandy, Kavin, Sakshi, Reshma, Sherin who asked Meera to firmly take a stand and not go around blabbering about it.

Kavin and Sandy shared a light moment at the end of the day. Will Sakshi be able to prove herself as an able captain or will fall prey to the inhouse politics? The forthcoming days would answer these questions.