Kavin said there's nothing between him and Sakshi other than friendship 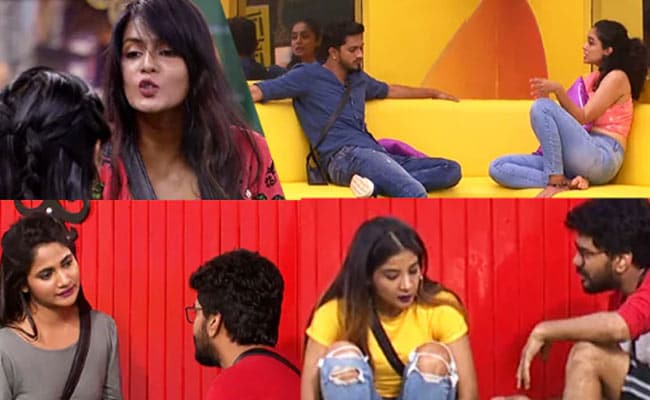 Bigg Boss 3 Tamil: A still from the show.

The luxury task of 'tik...tik..tik.' continued on day 24. The team of Kavin, Abirami, Madhumitha, Mohan was not able to complete the luxury task and hence no luxury points were given to the housemates. Even the team of Tharsan, Losliya, Sakshi and Sherin was not successful in their luxury task. This resulted in the housemates gaining luxury points of 1200 only. A debate in the name of 'Neeya Naana' was conducted with Meera as a judge. Housemates were asked to debate on topics as 'whether the cleaning team works just for the sake of their duties,' 'does friendship exits in the house or something above friendship really exits in the house,' 'Chatter box or calm people - in which the housemates are really gpood at.'

This created slight a huss as Madhumitha pointed out certain personal things about Meera and as usual, this didn't go well with Meera. Mugen too received certain amount of teachings from Abirami for his choice of words.

The major highlight of the day came in the form of Kavin. Initially Losliya volunteered and asked Kavin to speak to Sakshi and clear the differences that has occurred earlier. But with Sakshi taking a possessive attitude towards Kavin in the previous days, Kavin cleared the air saying there were no feelings more than friendship with Sakshi. But Sakshi was not ready to accept these words of Kavin. She further said there was something brewing between them more than friendship.

Sakshi further asked Kavin not to talk to her ever and end their friendship right there. Will Kavin be able to make peace with Sakshi? The further episodes would answer them.