Day 18 would reveal whether the Team Killers is able to ride their luck or Team Public is able to crack the code. 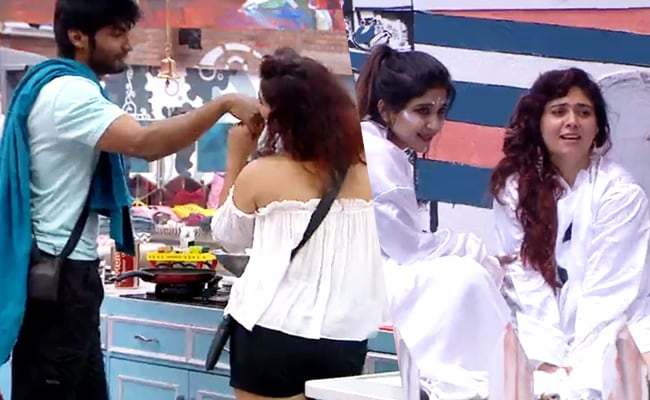 The task to 'kill' Sherin was actually to make her kiss Dharsan. Vanitha and Dharsan were succesful in this task by making Sherin kiss Dharsan's hand. As a result, Sherin joined Sakshi and Mohan as the third ghost. The contestants taken down by the team of 'killers' had to dress up like ghosts and Sherin did that, just like Sakshi, and Mohan had previously done.

By making Mugen brew cold coffee for Reshma and further spilling it on Reshma, the task of 'killing' Reshma was successful. Thus Reshma became the fourth housemate to be killed.

The cooking team earlier comprised Sakshi, Mohan, Sherin and Vanitha. With the former three 'killed', the only person left in the cooking team is 'killer' Vanitha. This has made cooking difficul, with which Bigg Boss is trying to make the housemates understand the importance of the team. The housemates often show a taken for granted attitude for food in the house and Bigg Boss is perhaps trying to prove that nothing should be taken for granted via this luxury task.

Further, the restroom cleaning team which comprised Cheran, Meera and Reshma has been reduced to a team of two after Reshma was 'killed'. Cheran or Meera could be the next targets in the Bigg Boss house.

Day 18 would reveal whether the Team Killers is able to ride their luck or Team Public is able to crack the code.