Aman Bajpai, who hails from Lucknow, turned out to be one of the chattiest contestants of this season. 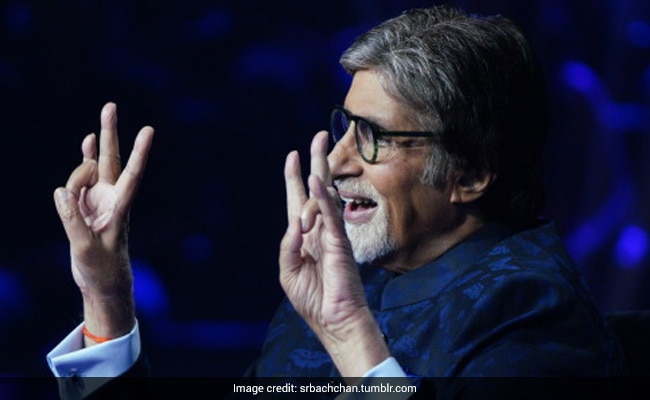 Amitabh Bachchan from the sets of Kaun Banega Crorepati 13

Wednesday's episode of Kaun Banega Crorepati 13 began with roll-over contestant Aman Bajpai, who made show host Amitabh Bachchan crack up several times. Aman Bajpai went home with a prize money of Rs 12 lakh - he quit the show after having exhausted all his lifelines. Aman Bajpai, who hails from Lucknow, turned out to be one of the chattiest contestants of this season. Talking to Amitabh Bachchan, Aman Bajpai revealed his parents changed his names several times till he was officially called Aman - a name he is not too much in favour of. Mr Bachchan started laughing when Aman revealed the reason his parents had given him - Aman resembles Amitabh Bachchan.

Meanwhile, when asked how he would spend his Kaun Banega Crorepati winnings, Aman Bajpai said he would ask his mom to buy as many sarees as she can and he would like to purchase a motorcycle for his father. For himself, Aman Bajpai dreams of opening a Chinese Restaurant, which he would like to name either Crorepati Cafe or Crorepati Mishthan Bhandar. When he said "Everything is possible in Lucknow," Big B started laughing yet again. Aman Bajpai also invited Mr Bachchan to inaugurate his restaurant, as and when that happens.

Amitabh Bachchan also hosted the next contestant, Samiksha, on Wednesday's episode, who will continue to play on Thursday. Meanwhile, here are some questions from tonight's episode of Kaun Banega Crorepati 13:

Which of the following Hindi words mean love?

According to scriptures, which of these features caused Kumbhkaran to be named such?

Which is the salty lake located at the lowest point of Earth that makes it impossible for people to sink?

What is the title of this actor-politician's biography which released in 2016?

Which of these new currency notes issued by the RBI does not feature the motif of any historical monument on its reverse?