Kaun Banega Crorepati 13: While talking to Big B, Mr Joshi shared that he was put in charge of the Devasthal complex in 2008 and he has contributed to work related to telescope-related activities for smooth operations 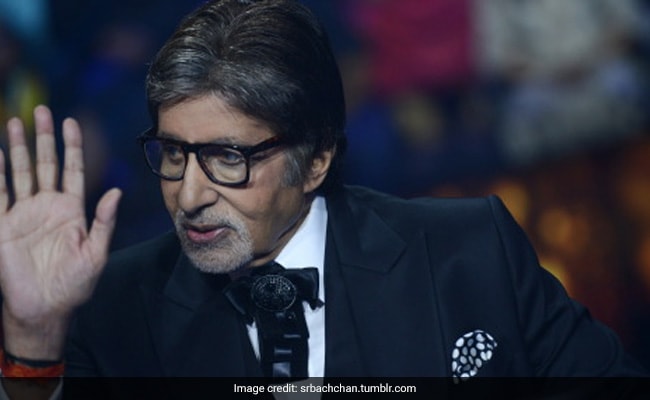 Host Amitabh Bachchan started tonight's episode of Kaun Banega Crorepati 13 with Mohit Kumar Joshi. He is a computer engineer from Uttarakhand who works at Aryabhatta Research Institute of Observational Sciences (ARIES) in Nainital. After Mr Joshi made it to the hot seat, he shared that he wanted to be on KBC to spread awareness about ARIES and Devasthal Optical Telescope, which was virtually inaugurated by Prime Minister Narendra Modi from Belgium. It is the first of its kind and the largest reflecting telescope in Asia currently. During the show, Mohit Kumar showed images of galaxies and nebulas that are many, many light-years away.

While talking to Big B, Mr Joshi shared that he was put in charge of the Devasthal complex in 2008 and he has contributed to work related to administrative tasks and telescope-related activities for smooth operations. Amitabh Bachchan was super impressed by Mohit Kumar's knowledge about space and its elements.

Mohit Kumar Joshi won Rs 6,40,000 on the show. He said that he will donate some amount of the prize money to the treatment of a baby who is suffering from a rare disease called Spinal Muscular Atrophy and also to the development of his village.

The next contestant to sit on the hot seat was Insia Arora. Big B was intrigued by her name and asked her to share the meaning and story behind it. Insia Arora will continue the game with Big B on Wednesday.

#Which was the first Indus Valley site to be identified in 1921?

#Which place in Kumaon gave its name to a man-eating tigress that features in the Guinness World Record for having killed the most number of people?

#In September 2021, who did the Taliban appoint as the head of the caretaker government of Afghanistan?

#In April 2021, the president of which country signed a law which enables him to remain in office till 2036?

#Which aspect of outer space was discovered by Charles Fabry and Henri Buisson in 1913.

"Am The Boss Of My Own Life": Anusha Dandekar On Bigg Boss 15 Rumours