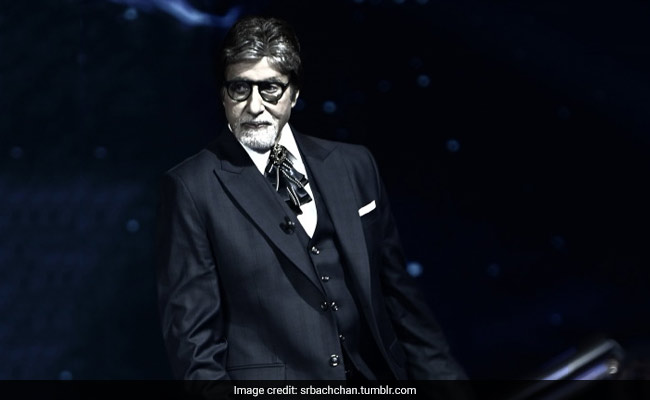 Amitabh Bachchan said it was no big deal for him because Amar Akbar Anthony director Manmohan Desai required Amitabh Bachchan's character to speak something gibberish and he made it up at the spur of the moment. "Jo mann me aya jhaar diya (Blurted out whatever I felt like)," said Mr Bachchan. He then proceeded to say it again: "You see the whole country of the system is juxtapositioned by the hemoglobin in the atmosphere because you are a sophisticated rhetorician intoxicated by the exuberance of your own verbosity." Mr Bachchan's adorable act won the hearts of the audiences, who couldn't stop clapping.

Dr. Ashwani Kumar Sinha said having studied biology, he only understood the word "hemoglobin" while Big B said he still understands nothing of it.

Meanwhile, here are some of the questions asked on Thursday's episode of Kaun Banega Crorepati 13. How many of these can you answer? Tell us in the comments below:

Which of these animals have breeds called Red Kandhari and Red Sindhi?

Who is the first cricketer to score a century in his 98th, 99th, and 100th test matches?

The headquarters of which zone of the Indian Railways is located in Bilaspur?