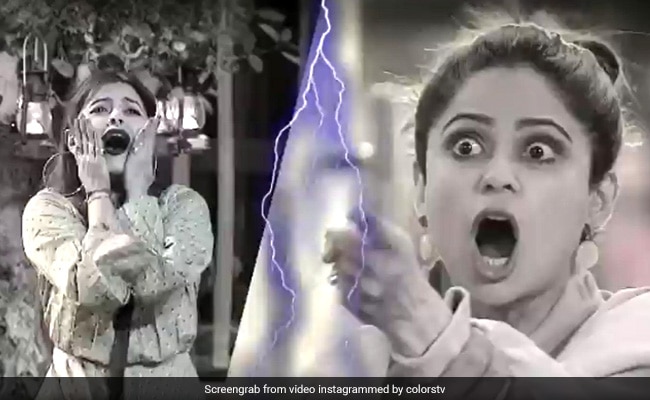 With the entry of the wild card contestants in Bigg Boss 15, things have gotten unarguably heated on the show. With VIPs, as the wild card entrants are called, butting heads with non-VIPs over the prize money over a series of tasks, things got out of hand in the Bigg Boss house recently. In particular, Shamita Shetty and wild card contestant Devoleena Bhattacharjee locked horns ever since they were announced to be the shanchalaks (referees) for their respective teams. Soon enough, the two got into one argument after another that resulted in Shamita Shetty and Devoleena Bhattacharjee engaging in a screaming fest.

This soon resulted in the two actresses charging at each other only to be separated by the other contestants. In the video, Tejasswi Prakash can be seen trying to explain to Shamita Shetty that “it is not worth it” while Karan Kundrra holds on to Shamita. However, Shamita Shetty soon faints into Karan Kundrra's arms and is taken to the medical room.

A promo of the same has been shared on social media by Colors TV. Reacting to the post, singer Afsana Khan, a former contestant of this season wrote, “Shabaash waah Devoleena chak de fatte darling. Isko bolte hain karma (This is karma) Shamita…” Afsana Khan was removed from the show following a brawl with members of the house including Shamita Shetty. She was evicted after she tried harming herself.

Watch a glimpse of the fight here:

Recently, Shamita Shetty's sister, actress Shilpa Shetty shared a note in support of her sibling. She said, “It's sad to see how some are misinterpreting Shamita's behaviour as arrogant because, “they think” she's privileged or is fake, and she doesn't have an opinion (sometimes too opinionated actually), or doesn't use her head only heart, which is absolutely untrue/rubbish."

In addition to Devoleena Bhattacharjee, the other wild card contestants include Abhijit Bichukale, Rashami Desai, Rakhi Sawant and her husband, Ritesh.